Am I a Good Listener?

When we are children, we are open to just about everything in the world. Nothing seems off limits or impossible. To some of us, that imaginary friend is more than that. But as we grow up we sometimes lose that openness. Some just chose to forget it.

From an early age, I can remember having dreams that would come true. I would also just know things. Things no one would talk about. When I was five my grandmother passed away. Her and I were very close. After her death, I began to hear her. At night, when I would lay in bed I would feel her with me. Not just emotionally. But I could feel her hands holding me or caressing me like she used to. But, then things got bad. She wasn't the only one who came through. Somehow, when I opened myself up to her more than just her came through. Those that came through were not nice. They told me things that were too terrible for a five, six, seven year old to hear. They began to get violent. I couldn't stop them. I finally toughened up and told my mother. She did what any good mother would do. She took me to the head of our church, a catholic church at the time, and we discussed what happened.

But, my mother knew that I was more than just a kid with a very large imagination. There were several others in my family that "suffered" from the same condition. My mother was convinced that the home we lived in was something to do with it. We moved when I was 11. I never told my mother but at the new home we were in, I saw more things than in the old one. This was the first time I had ever really communicated with a spirit one on one. I was more afraid to tell someone then I was of the spirit. So, I decided that if I would ignore them they would go away. It took a lot of hard work and sleepless scary nights. But it happened. I was like everyone else. I was a regular 14 year old.

Time passed and I had all but forgot my "former" life. I was in college now, my sophomore year to be exact. I got sick, very sick. My defenses were down and that was all it took. The dreams came back. First they were small things, a lecture in class, a sale at the store, a conversation with a parent. Then they began to be more and more...important. One day I woke up crying in the middle of the night because I had had a dream that friend of mine, who I have also come to learn has the same dreams that I have, her son chocked on what I keep hearing to be PEZ. Those little candy squares. Normally I would not have shared a dream this...rough. But knowing her history I was compelled. Three days later she called me crying. She was getting ready for class and her son was running around the house with what she thought was his breakfast. She told me that had it not been for my dream she never would have checked to see what he had in his mouth. When she checked, he had three PEGS from his railroad track in his mouth. Once she told me this I knew it was time to pay attention again.

Since then, I have grown. I can almost control the bad things. They aren't as forceful and strong as they had been. I am not sure what you call it, but when someone is suffering or hurt physically, I can feel it...sense it. My both gets a sharp pain/tingle that I can feel where they are hurt. I can feel when others are around again. They will give me a brush or a touch. I know things again. When the phone rings know who it is. There are times, when the bad or sad rather get through. At those times there is this over whelming need to cry. Even if I am happy. I am guessing dates for things again as well as names and times. Every day I wake up ten minutes before the alarm is to go off. I have gotten in the habit of not setting it anymore so that my roommates can sleep.

I am not sure what you call someone like me. I am not sure if I am psychic or if I am just a very good listener. But I would love to talk with someone who might be able to clear things up for me. Maybe tell me what I have and help me reel it in. Email me at dominicjw 87 @ hotmail .com. I would love a little help. 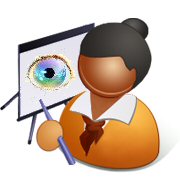 If you found the Psychic Junkie Website useful please sprinkle some pixie dust by:

Get 4 Free Minutes with Every Psychic at LifeReader

Ian Parkin is the owner, webmaster, and principal clairvoyant of this Website.  30+ Years Providing Professional Psychic Advice and Coaching

You can request Clairvoyant Readings direct with Ian Parkin today by Email or by Online Chat, Skype & Phone by appointment