Read these genuine Psychic Wins Lottery News Headlines, as reported on TV and in the newspapers, from around the world. Does the Law of Attraction have anything to do with it? I think so! Be inspired to manifest your own way to LOA abundance.

In 2021 a psychic gave a prediction to her sitter that a family member would soon win a life-changing lottery prize. Then Mum won $9 Million in Powerball draw 1306.

On Saturday September 16th 2006 in Western Australia, Psychics share 22 million dollar payout. Not just one Psychic Wins Lottery but a whole bunch of psychics won Australia’s Saturday lotto with a $1.8 million payout to share between them.

Saturday’s Lotto Draw number 2625 on September 16th 2006 with a First Division pool of $22million was shared by 12 winning tickets each worth $1.8million. Each of the psychics in the syndicate picks up an estimated $85,000 each. They saw it coming! 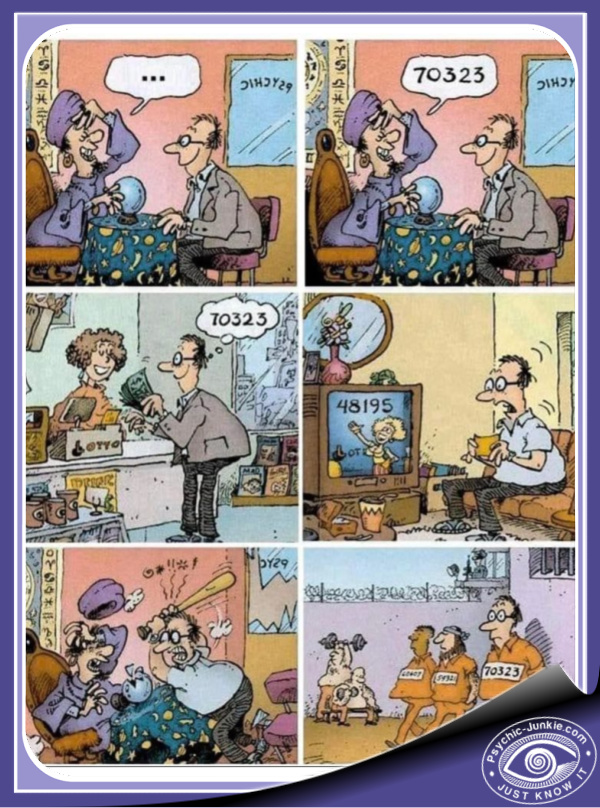 And yes, I do know them very well, I’ve known Carol for over 30 years. Soon after their good fortune hit the news I asked her about their win.

Carol told me: “Last September I had a dream about winning the lotto, I saw the headline, Psychic Wins Lottery, and I knew we were going to win. I said to my group of 22 friends (we are the Succulent Goddesses) hahahah we are going to win lotto. But that was last September and we didn’t win. So I knew it was going to be THIS September so we entered again. My sister Susan (also a psychic) sensed it was going to be October. As it turns out we won in September and we got our one point eight million dollars in October." [And as you can see in the video below, that headline Psychic Wins Lottery is now in the news and on TV for real.]

At the time, myself and many of these psychics worked with Psychics Connect. Pip used to run their Connect Magazine and she told me about her own experiences leading up to the win.

“It was weird because I had been doing affirmations saying ‘I am loved’, ‘I am wealthy... and ‘I have met a lovely man’ and won lotto!!!!” I have the The Secret DVD and anyway I watched that and started the "I am loved I am wealthy" affirmations. Also, I don't normally go in the lotto ticket buying with the women [in the syndicate] unless I am down in Bridgetown... I just did it on the spur of the moment when Carol said - do you want to be in our lotto win this week? Carol said it would win!" 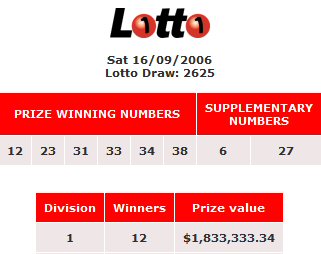 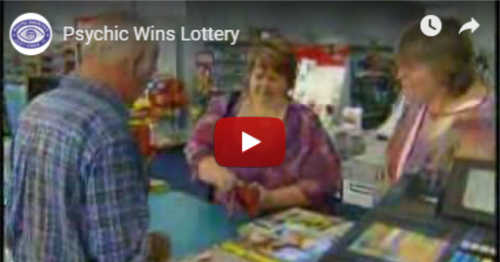 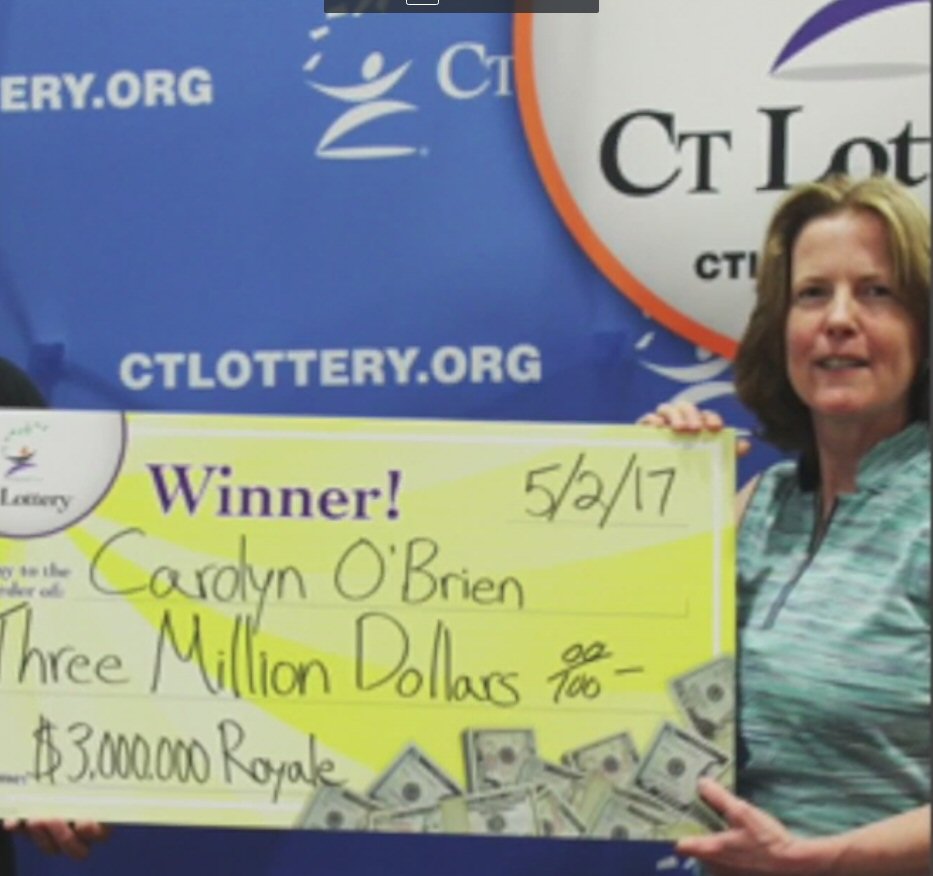 $3 million Connecticut Lottery prize. Some time ago, a psychic told Carolyn O'Brien, "I see you with a check in your hand cheering 'I did it!'"

UK Psychic Jill Childs predicted a big win for Lynne Groves. When reading for (now millionaire) Lynne, Jill could see that Lynne would not have to worry about money ever again. This was not the reason for the visit to the psychic. Lynne had actually booked a session to tune in to the spirit of her father. Lynne said: “When I saw the clairvoyant it was like being with my dad, but in another person’s body - Dad had a habit of rubbing his fingers down his nose and touching his trousers" Jill the Psychic had adopted his body language. The financial prediction was just an after thought at the end of the reading. Read original articles on. Star | Sun

Brisbane family picked up more than a million dollars in Australia's Gold Lotto. Several psychics and tarot card readers had predicted their windfall over the years. It was the randomly selected numbers that came up trumps. Original report by 7News

Tesco workers from Plymouth are celebrating a win of £3,689,940 in a recent Saturday Lotto draw.

Jackie Beresford had been told by a psychic two weeks beforehand that her husband – who passed away earlier in the year – had one regret: not leaving Jackie in a better financial situation. But he had a plan and her finances were about to improve.

But it was a seagul poop that confirmed the need to buy the winning syndicate ticket.

Read more: Lottery syndicate scoops over £3m thanks to luck, a psychic and a seagull.

Another psychic wins lottery. Ocean Kinge predicted she would win a million pound lottery jackpot a few months before the big win.

She had a 'feeling in her bones' and set up a syndicate with 15 work friends in August 2010.

They pocketed £66,666.66 each on the EuroMillions Millionaire Raffle on Christmas Eve.

Tony Nutbrown just won three million quid in the UK hours after a psychic told his daughter that someone she knew is about to win the lottery.

Tony’s daughter runs a pet shop and one ‘Psychic’ customer could see a lottery winner close to her. Then that night Dad won big time.

54 year old Tony from Carlisle in Cumbria UK didn’t need the psychic prediction, he had already had his own premonition, a dream where the lottery lady would not have enough cash to pay his winnings. And in true Déjà Vu style, when Tony checked his ticket, the cashier said something like “we can not pay this lottery win from here, we do not have that kind of cash” 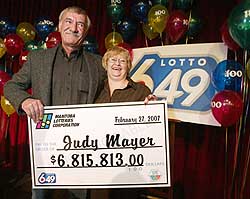 Chris Kitching of Sun Media Canada reports .... "Even though Mayer's good fortune wasn't forecast in a crystal ball, she has more than six million reasons to put her faith in the wisdom of tarot card readings. After using five of six numbers she obtained during a reading with her psychic, Mayer still carries the psychic's business card on which her winning numbers are scribbled".

A New lotto winner has just thanked her tarot-card reader

Judy Mayer, a 56-year-old night manager at the Royal George in Transcona recently accepted her $6.8-million cheque for the Canadian lottery draw in Winnipeg Manitoba.

With a smile, a queenly wave ... she announced it was thanks to her tarot card reader Katarina, a psychic she visited a year and a half ago.

Judy tweaked the advice given by the psychic for her most recent lottery purchase, changing one number from 45 to 46. And that turned out to be the deciding factor. 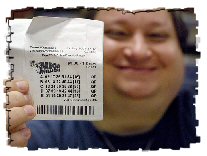 As an ordained minister in the Universal Life Church, Bartlett recalled feeling compelled to do more teaching in the New Age store last month, but felt torn because he couldn't pull away from his job. He told the "powers that be" that if he won the lottery, he would focus on teaching completely.

"And a month later, here I am," he said. "I thank the gods for this gift. ... I don't know which one granted me this wish, but whichever one did, thanks!"

He thanks his lucky stars. A 60-year-old former welder from St. Catharines, Ontario, Canada, has just claimed his $14 million winnings in the 649 lotto. He knew he would win the lottery because his psychic had revealed it to him.

How To Win The Lottery With The Law Of Attraction

My pick for Lottery Winning products from Amazon, publisher may get a commission

How To Win The Lottery With The Law Of Attraction: Four Lottery Winners Share Their Manifestation Techniques - by Eddie Coronado

300 Winning Lottery Affirmations: Affirmations to Win the Lottery with the Law of Attraction - by Eddie Coronado

How to Win the Lottery: 7 Secrets to Manifesting Your Millions With the Law of Attraction - by Amy White

10 Techniques For Predicting Lottery Number: How To Win The Lottery - by Cristian Falconi

Can a psychic help me win the lottery?

Psychic Wins At Casino - by Will (Arkansas USA)

I first realized that I was psychic when I was in my early twenties. My story of winning money at the casino starts when I went to our local bank to get a loan for four thousand dollars - I really needed the money to do a remodel job. After going to the bank I went and visited a friend out of town where I spent the night. I awoke early in the morning to a dream of hitting the jackpot at the casino in Tunica. I mentioned my dream to my friend and on my way home I went to the casino. To make a long story short I walked into the casino and looked to the right and then to the left and had this overwhelming urge to play this machine. I walked up to the slot and on my fourth pull I won four thousand dollars! If I would have played two coins I would of won over ten thousand!! This was first time I won big, since then I have won a lot more money and jackpots. Will

To ask questions, add answers, or comments about this page please use my contact form. Please start the conversation with the heading [About Psychic Wins Lottery]. 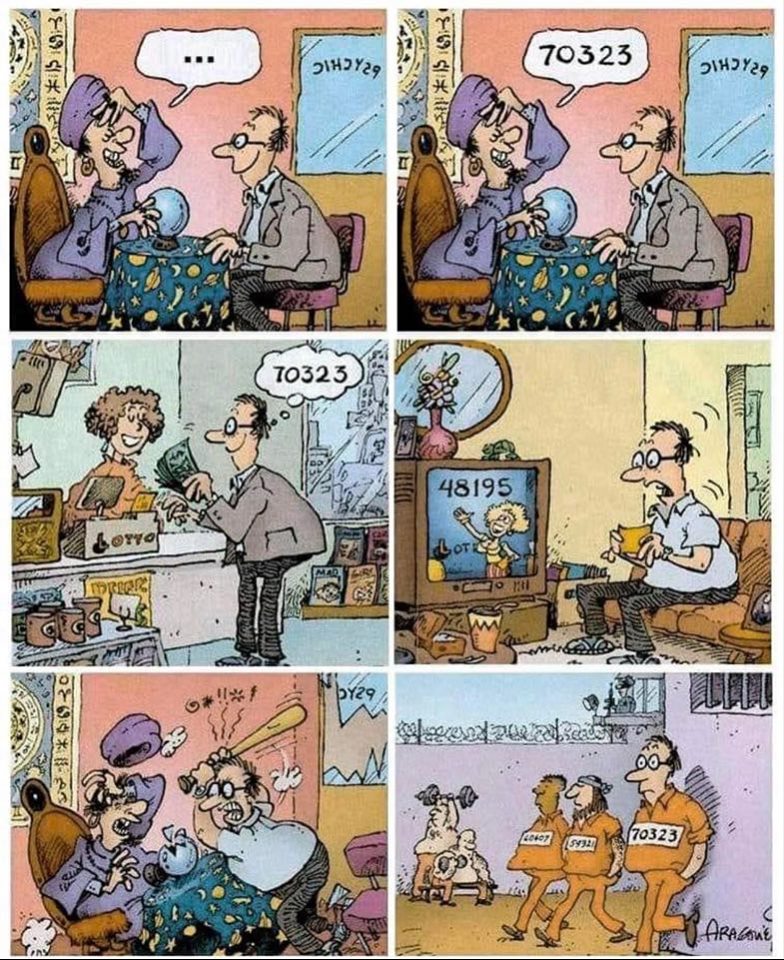