Going On A Spiritual Journey For Enlightenment And Adventure

What does it mean to be on a spiritual journey?

No matter the background of our spirituality and system of beliefs we may (or may not) adhere to, it is next to impossible to imagine a person who has not heard of Hajj (pilgrimage) to the city of Mecca. The same applies to the Marian apparitions in the French town of Lourdes which inspired millions of Catholics to visit the spot and look for enlightenment, healing, comfort, or perhaps a solution to a serious problem. Examples such as these are countless and have been around since time immemorial. Sites of millennia-old prophecies (the Ancient Greek Oracle of Delphi comes to mind) as well as lesser known (or perhaps completely forgotten) sacred groves or springs are still a theme familiar to all. 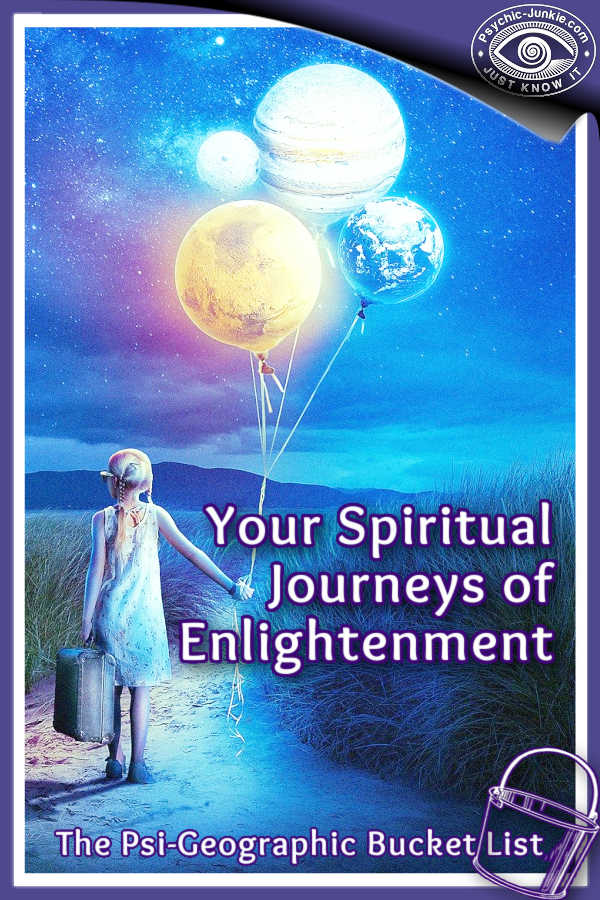 While many people may doubt their mystical powers, many will attest to their very special atmosphere. A certain energy may still be felt, one that is next to impossible to describe yet is sensed so deeply, making it difficult to ignore when going following a spiritual path of enlightenment and personal growth. This is particularly true of long-abandoned sites that by now only interest an archaeology enthusiast or a more adventurous tourist. In silence and seclusion, they emanate a certain energy which speaks of their divine significance from times long gone. Often belonging to vastly different schools of spiritual practice, they share the common trait of affecting nearly anyone present. How is that so?

One obvious answer that every believer will cling to is that divine intervention that has somehow made going on a mystical journey to these spots holy and sacred, giving special healing or other such properties. While this may be plausible to a certain extent, another interpretation arises. If action from above is not behind the whole story, is it possible that the mystical nature of these sites came about in the exact opposite manner - from the pilgrims and the believers themselves? Their deep belief, spirituality, earnest intention and fervor may have created what is known as a thought-form, an emanation or manifestation brought about through mystical or mental powers. Being a collective effort, so to speak, it can by default be considered stronger and more potent. If the primary intention in pursuing the stages of spiritual adventure to a certain spot is that of healing, the sharply focused prayer or mystical intention of a large group of people can theoretically create an emanation of itself and actually start exhibiting expected properties of (in said case) healing. Instead of a divine one, it may be an (un)intentional human intervention that produces the positive effect and the heightened energy present at these "holy" sites. The accumulated energy thus serves its purpose and occasionally brings about results.

With that in mind, one is left to wonder how much good we humans would be able to achieve if we would intentionally direct all our positive energies into spreading peace and love all around.

Find out how to start your spiritual journey in this bucket list containing the planet’s most metaphysically magnificent hot spots. But enlightenment and personal growth may not come and tap you on the shoulder. You must want it, seek it, and embark upon your soul’s journey.

Traveling to metaphysical locations has opened the path to spiritual enlightenment since ancient days. So, what is the Big IT millions of people have found when going on a mystical journey for personal growth and enlightenment to these mystical places anyway?

Very simply, the powerful energies of metaphysical spots heighten our energy, which enhances our awareness and accelerates our vibrations. The higher our vibrations, the closer we will always be to a full-on spiritual experience.

Vortex energy is a fabulous example of IT. Electrical, magnetic or balanced vortexes are located where ley lines intersect, where cosmic energies are going through the earth.

An electrical vortex gives off yang (masculine), one of the most highly charged, energies. You may soon become saturated. Good ways to use up excess energy is by spinning, or dancing as you begin shouting your declarations to the universe.

A balanced vortex exudes and balances yin and yang energies. Here is a place to ask your burning questions about life, to embrace the concept of oneness and accept understandings beyond mind.

Where are the Earth's vortexes?

If one common denominator exists among metaphysical locations it is beauty of the place. The energy of beauty is subtle and soft. Natural beauty stirs the soul awake and inspires creativity.

Metaphysical locations are rich with great beauty, from nature’s pristine landscapes of mountains, huge rocks and sacred earth to ancient man-made architecture, such as temples, abbeys, shrines or monuments. Billions of people travel to beautiful places to pursue enlightenment, seek healing and feel closer to Spirit.

Nobody can walk your soul’s journey. You must walk it by yourself. Walk a path with heart. Leave your footprints alongside those of the ancients. A long walk clears the cobwebs in your mind and creates a vacuum for the Universe to fill with enlightened consciousness.

Walk an ancient labyrinth. Walk in circles (crop circles), which have mysteriously appeared on the same paths of energy as metaphysical sites. Many people have reportedly been healed of physical conditions in crop circles. Others have experienced altered states of awareness.

You know instant pudding, don’t you? Have you ever wished for instant enlightenment? Taking your vision quest in a metaphysical location is close enough to count.

The vision quest is a journey to transformation and enlightenment. Special energies in Earth’s power spots and sacred sites, can be seen as portals to other dimensions and the vortexes can enhance enlightenment and your psychic development.

A vision quest is your heart-centered connection with the Earth; a soul journey into the unknown!

Traveling to spellbindingly energetic locations can land you in the presence of the Big IT. While Spirit is everywhere, sacred sites contain the most transcendent energy on Earth.

Just unplugging from your crazy-busy, daily life allows the luxury of wu wei. Translated from Chinese, wu wei is“ non-doing”. Non-doing is being.

Just being in the presence of IT opens your soul’s greater understanding present self, past lives and stages of spiritual enlightenment.

What are the best places to go on a spiritual journey? 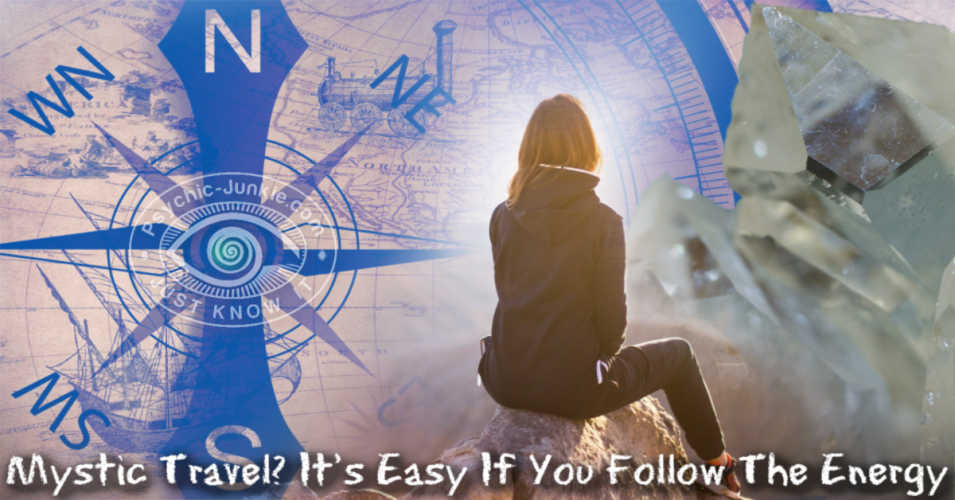 My pick of Spiritual Journeys Of Enlightenment products from Amazon, publishing affiliate may get a commission.

Spiritual and Walking Guide: Leon to Santiago on El Camino - by Stacey Wittig

The Camino: A Pilgrimage Of Courage - by Shirley MacLaine