Tell Me A Ghost Story From Your Real Life Experiences

Tell me a ghost story from real life, or your tips and tricks for spirit hunting. Share something spooky that came your way. Or just sit back and read the paranormal investigating FAQs and guest posts below.

Personally, although I’ve been a professional psychic for many years, I don’t have many of my own ghost encounters to report. As a child there was often a dark shadowy shape peeking around my bedroom door. Nothing too spooky but it used to scare the pants off me. 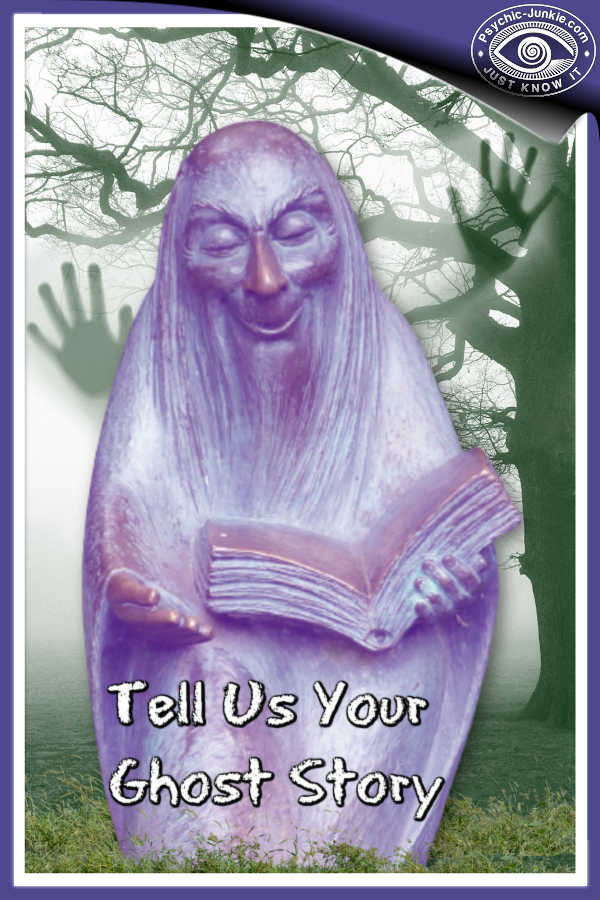 Tell me a ghost story from real life or a paranormal investigating guest post.

In answer to my request to tell me a ghost story the page below includes comments and guest posts from multiple authors. I have verified and approved these submissions. – Ian Parkin

Locked Eyes With Ghost -by Diane (Wellington, Fl. USA)
I was on a trip in another city and stopped at a little store to get a soda. While in the car, I noticed a man coming out of the store. He looked exactly like my ex-father-in-law Joe. I haven't seen this man for over twenty years. We both stared and each other, like, “what are you doing here”? We didn't speak, and we just went on our way. I kept thinking about him all the way home. It was just so strange, especially that stare, when we just locked eyes. It really shook me. Later that night I received a call from my ex-husband telling me that Joe, his father had passed away that afternoon. I was just dumbfounded. Was it really him? 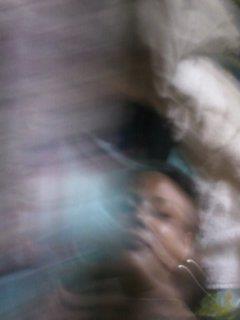 My First Paranormal Experience - by Shreena Perez-Doi  (Waiane HI, US)
I was going through a lot of stuff time I had my first paranormal experience. I had recently left my boyfriend of eleven years for the first time ever. I felt lost but I found it in me to keep my head high and get through it. I went out with my friends a lot and was having the time of my life because I never had any fun in my relationship. So one day I was at my mom’s house and I was taking pictures of myself. Later when I scanned through my images I found this. I don’t feel any harm from the photo I just want to know who that is and what is it that they want because there are so many of them. (PS. Thanks for making this "tell me a ghost story" section available.)

Apparition From Past - by Penelope Ghias (Plaistow London)
I looked towards the stairs and to my surprise I saw an old man, he watched me and I him.  As he walked up the stairs his hands were on the banister for balance. He was wearing a maroon woollen top and light brownish trousers, he smiled at me then he vanished. Later I saw my next-door neighbour and asked her who had lived there before. She said a lot of different people. I then described a person and she said you couldn’t have seen him he’s been dead for years. She said he always wore those clothes as they were his favourite.

Homeless Ghost - by James Howlett (London, UK )
During the 2nd World War, the flats we lived in got bombed and where boarded up. After the war the flats were un-boarded so they could be rebuilt for people to live in again. When they started removing the boards from the windows of the flats, they found the bodies of two homeless men. I lived there in the 1980’s. On one occasion when I was about to leave a room the door swung open and standing in front of me was the shadowy figure of the ghost of one of the homeless men. Although it was a shock at the time, there was never any negativity.

Ghost Of Love Passed  - by Jo (Scotland)
I had lost my first love and father to my twin boys. One day where I was really angry and upset with myself and him after reading a letter of his to my boys. I remember sitting heartbroken, shouting at him, and hating myself and him. I could feel him touching my leg, arm and face and I remember telling him “Don't you dare touch me. Just go away leave me alone”. That night I found it hard to sleep although I did end up falling asleep. It was like sleeping but I knew I was awake too. I heard a voice say, “Joanne can you hear me?” I remember nodding yes. I knew this voice it was my love. Then he says, “Joanne can you see me?” Before I could say anything, it was like he just sat right in front of my face, so close I could see is eyes, nose and lips. He was appearing in a pure glow of mist. Then I woke up feeling weird all day.

Who Let The Ghost In? - by Charitie (NY)
As I went out to my garage to take the dog out for a walk my husband opened the overhead door to check out the snow blower. As he opened the door, a man walked in quickly, he was transparent. He was wearing a Carhartt jacket, blue jeans and he stopped and spooked the heck out of us. He said as he pointed to me, "I know you can see ghosts because you looked right at me when I came in". He said, "I need you to help me out", and then his voice started fading as he started fading on me, and he spoke once again saying "they keep moving my body on me, help me find it, so I can go home". I then saw a blur moving out of the garage from where he came from, like he was walking out. Then everything went back to normal.

Afghan Hound and Ghost - by: Anonymous
I moved from the city to a rural mountain area with my Afghan Hound, Asar and my daughter, then 6 yrs old. Not long at all after settling in, Asar would jump upon my bed (which he was not allowed to do), and start barking wildly out the window to the front porch as if someone had arrived. You could hear footsteps or the sound of someone coming up the steps onto the porch. But... no one was there! This happened every day at 5pm. It was becoming so un-nerving that I went to a friend for advice regarding what to do about it. Hence, I was told to speak with the spirit regarding their previous passing, to help them understand that they no longer possessed a body and that it was OK for them to turn towards the light and leave. It worked! First time out! About a year later, I was moving out. Paying my final rent to my neighbor who lived nearby, we started chatting and I mentioned my experience upon moving into the house. He told me that the "Old Lady" who had lived there for many years, had brought her firewood in for the night every evening about 5pm and that she had fallen one evening, perhaps a heart attack, and she froze to death right there at those steps.

Guest Posts: Tell Me A Ghost Story Or Your Hunting Tips And Tricks 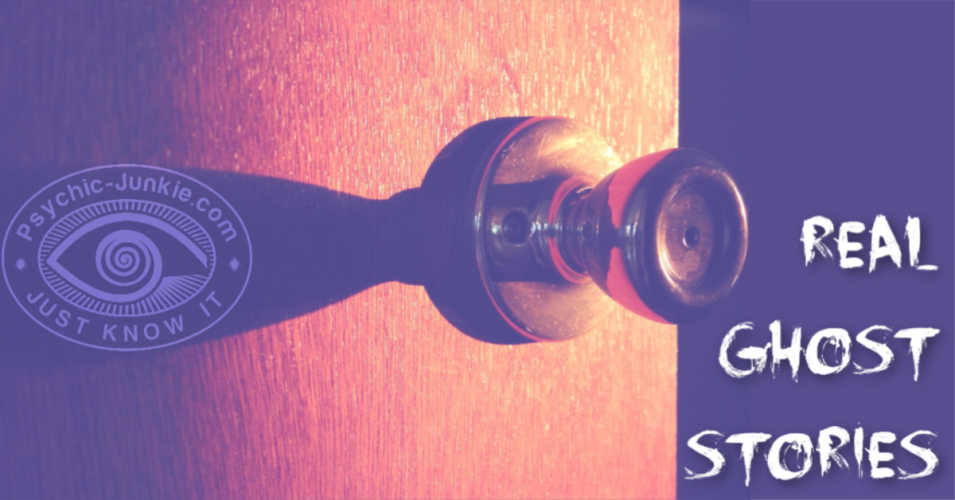 To tell me a ghost story as a short comment please use my contact form. Please start the conversation with the heading [RE: Tell Me A Ghost Story].

If you can tell me a ghost story of 400 words or more, or you can write a how-to article with ghost hunting tips and tricks, where to go ghost hunting, or on paranormal investigating in general, please submit a guest post here.

My pick for Ghost Hunting products from Amazon, publisher may get a commission

What Types Of Ghosts Are There?

﻿Who Are The Most Famous Ghosts?

While not a real ghost story: Hamlet's father in Shakespeare's Hamlet.  Casper the friendly ghost from our childhood cartoons. Charles Dickens' A Christmas Carol featured Ghost Of Christmases Past, Present and Yet to Come. But London's Drury Lane is famous for real ghost sightings.

Are There Scientific Facts About Ghosts?

To ask questions, make comments, add answers, or to tell me a ghost story please use my contact form. Please start the conversation with the heading [FAQs: Tell Me A Ghost Story].

Or if you're inspired to tell me a ghost story that is over 400 words please submit a guest post here. 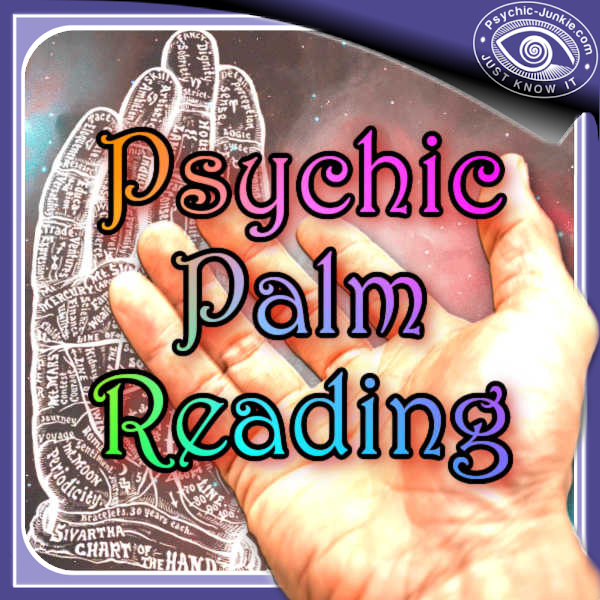