Tarot Interpretation Methods You Can Apply To The Rider-Waite Deck

Of all the recent tarot deck designs, the classic 1909 Rider-Waite deck is the most iconic, no questions asked. Although these tarot interpretation methods will similarly apply for other decks, the contrast in the design languages does add some mystique to the experience.

In this article, I will provide a quick breakdown of how to read the cards as well as some card prep basics. So let’s get you cartomancers started.

There are several historic tarot decks, such as the Tarot de Marseilles, Tarot de Paris, Grand Etteilla Egyptian Tarot, and the 1845 Lenormand deck. But the Rider-Waite Tarot Deck excels in its simplicity of color and clarity of imagery, rendering all 78 cards easy to remember.

There is also a pool of modern designs to tap from. There is the Linestrider’s Tarot, the Animal Wisdom Tarot, Tarot Art Nouveau, the artful Eight Coins Tattoo Tarot, the surreal Japaridze Tarot, the Druidcraft Tarot Deck, and the Game of Thrones Tarot.

Some of these stay true to the original symbolic archetypes while others completely disregard them.

While you want to feel an affinity to the deck designs, most of all you need to feel a connection to the underlying meanings so the cards can tell the stories you want them to tell. For your daily reading, most likely you will find that the Rider-Waite deck captures these phenomenally. 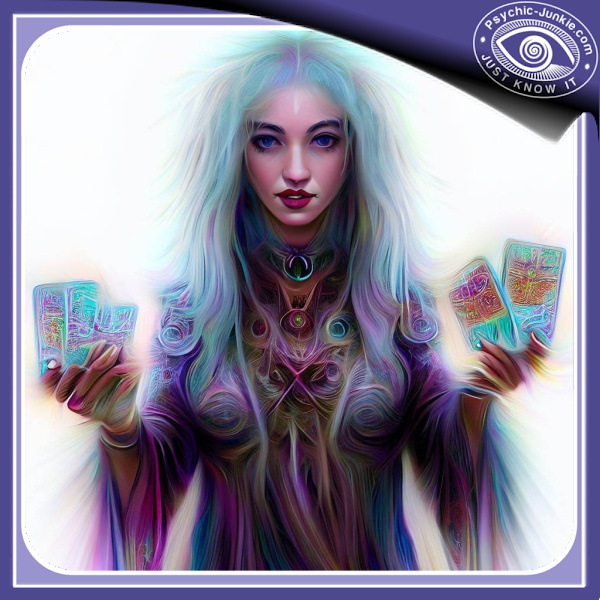 What is the best way to interpret tarot cards?

While there are many card layout systems, the setup is usually the same:

The inquirer or querent thinks of a question or matter they need solving. This can be a short-term dilemma or a deeper subject — as long as it’s an important issue to the person’s life.

Shuffle the cards while trying to stay in a receptive state of mind. Instead of imposing your own will onto the situation, simply observe the ideas, concepts, and imagery that arrive before the mind’s eye. Some forms of meditation will help in connecting to your higher self.

Based on your preference, choose a shuffling technique such as the overhand, riffle, or pile shuffle.

It’s time to choose a spread type and make the cards speak. There are many accepted layouts, from one-card readings to Gypsy-style pyramids comprising the entire deck. Which one to pick depends on the nature of the question as well as your own preference.

One card is often picked to represent the querent. This “significator” is often a court card: a king or queen for an adult or married person, a page for younger people.

Sometimes a Major Arcana is a better fit, such as the Emperor for a politician, the High Priestess for a yoga teacher, etc.

Traditionally, the cards are first cut by the querent, and the stack that contains the significator is chosen. Cards are laid out on the table from right to left.

Some well-known spread types are:

Make a clock face out of 12 cards with the significator in the center. Every card now stands for a zodiac sign and represents a topic in the person’s life. For example, Leo stands for love, Virgo for work and health, Cancer for endings, and Gemini for communication.

In what looks like an evergreen tree, three triangles represent the psychic realms and the trunk of the querent’s world view and material home.

Place the significator in the center and create a five-pointed star around him. Each of the five cards on the pentagram’s periphery represents an element: earth, water, fire, and air. Spirit is the fifth element and sits at the apex. This reading addresses changes on the querent’s energetic level.

The simplest method - the left represents the past, the middle is the present, and the right card forecasts the future.

A professional psychic knows their cards like they know their family. A basic introduction to tarot cards is a good starting point for acquiring every card’s meanings. After that, seek to find deeper links by daily card pull meditations, study, and life experience.

During the session, the tarot acts like a mirror reflecting the story of a person’s life back like a movie. Make a running story or conversation revolving around the person rather than letting the cards take center stage. But for additional oohs and ahhs it’s perfectly alright to run every card over a candle before addressing it.

How do you read the Rider Waite Tarot deck?

Reading By the Book

As the name suggests, you’ll present the meanings as per the Rider-Waite deck rules.

The suits of the Minor Arcana all have a certain spiritual alignment. Every individual card, including the court cards, has a highly specific meaning.

The Major Arcana are entirely different and represent an archetypal entity in our minds to serve as a big, longer-lasting energy.

Intense dedication is required to extract the book's meanings. The theoretical underpinnings relate to occult science, theology, astrology, and numerology. That’s why all the cards are numbered and contain the symbolic elements they do.

Also, the meanings are often counterintuitive. The elusive Death card, for example, is hardly ever about actual, physical death rather than a change or termination in a process, object, or event.

So before thinking out of the box or going your own way it is good to absorb enough of the essential information.

An intuitive reading is a more personal way to approach the tarot. In short, you’ll reference the original meaning but how you interpret it is infused with personal feelings, thoughts, and opinions the cards evoke.

Like with music notation, logic only serves to communicate what was found intuitively, so, in a way, this type of approach is more direct. But that doesn’t negate the fact that there are higher-order harmonies at work. In the spirit of “whatever works,” you’ll form your own rituals and explanations.

You can check with the book’s meaning for correctness anyway, but don’t worry and trust your own agency; the goal is to establish a purposeful conversation.

You will spend more time alone with the cards to see what you can discover. While some have “clairvoyant” abilities and intuitively see the meaning, this usually takes a lot of practice. It is like going through a portal toward the psychic realm.

One thing to look out for is your own emotions standing in the way. Instead, see yourself as an empty vessel for the tarot to enter.

For beginning readers, it is good to be aware of the two contrasting methods. Compare them to the pillars of the Tree of Life: one is the way of discipline and critical thinking, the second of love and compassion. The art lies in the third pillar: finding harmony between the two opposites.

So instead of overanalyzing, start applying your know-how and help people decide on life’s questions to become an outstanding diviner.

My pick of Tarot Decks from Amazon, publisher may get a commission