Can Dreams Tell The Future? Yes: Psychic Predictions In Your Sleep

Can dreams tell the future? Of course they can! Carl Jung once said, “We have forgotten the age-old fact that God speaks chiefly through dreams and visions.”

Being able to foresee an unfortunate fact of life like your own death, disasters, or illnesses through a dream is very common. Have you dreamed of something good or bad happening to someone else or even to yourself?

"I leave theory behind as much as possible when analyzing dreams - not entirely, of course, for we always need some theory to make things intelligible. It is on the basis of theory, for instance, that I expect dreams to have a meaning." - Carl Jung 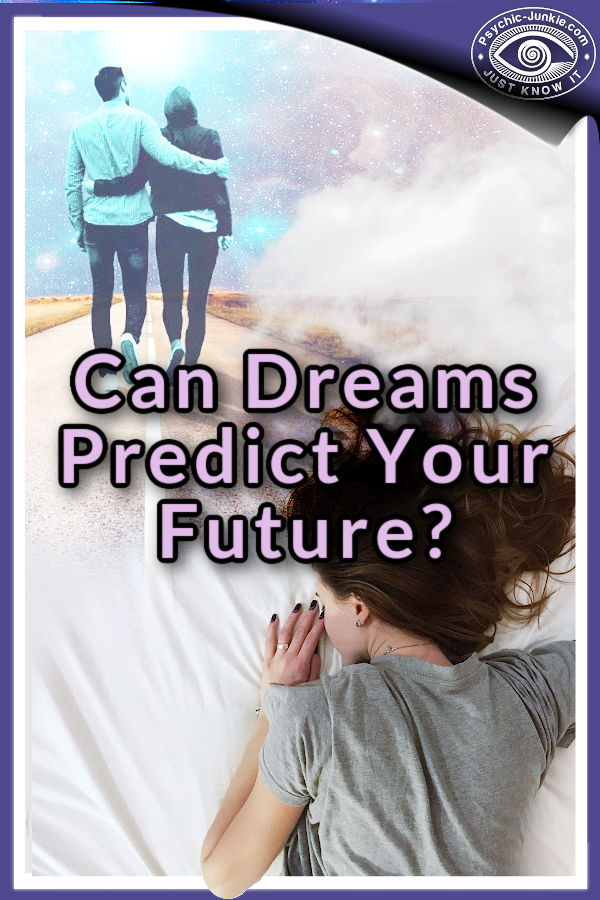 Can precognitive dreams predict the future?

Before proceeding to answer the question, let me first give you the definition of premonition and dreams as based on the dictionary meaning. A premonition is ‘a presentiment of the future; or a warning in advance’ while a dream is ‘a series of images, ideas, emotions, and sensations occurring involuntarily in the brain during certain stages of sleep.’

Let’s first talk about dreams. We all know that dreams do play a role in our daily lives. Most people pay little attention to dreams. However, these dreams have the potential to help us find solutions to our daily problems and see things from a different perspective. Whenever we are dreaming, we can become who or what we want to be, regardless of the fact that in real life, sometimes it cannot be. Dreams have their own interpretation. For example, when you dream about loose teeth falling out it indicates a form of life transition. And dreams of rotten teeth can be evidence of decline and regeneration in the cycle of life. You can understand the meaning related to the content of your dreams through This Free Interpretations Wizard.

Now, what about premonitions? As described earlier, prophetic dreams can predict events in the future. Many people have experienced fortune telling visions received through dreams in different types of situations. A positive insight or foreboding of what might soon happen, but in a vague sense. Even though it does not count as scientific evidence, throughout history many examples of predictive visions have been documented before a disaster, such as when the Titanic sank in 1912. There were over fifty known counts of predicted events recorded before the incident. In fact, some of the passengers who had a forewarning in their sleep later cancelled their tickets and never boarded the Titanic and were saved from the horrible disaster that ended up taking place.

In 1966, two weeks after the Aberfan landslide in Wales UK, a British psychiatrist had his letter published as an advertisement in London’s Evening Standard newspaper that asked the question: “Did anyone remember a genuine premonition in a vivid dream before the coal tip fell on Aberfan? He received 76 replies to the study and upon further investigation of the evidence found there was enough factual information described from selective recall to prove 22 were highly credible.

A famous example was in 1865 when President Abraham Lincoln reported the experience of his precognitive dream to his wife and a few friends where he saw he has been killed by an assassin. Sadly, that’s what soon happened.

Can dreams predict future events? Well, it actually depends on the dream itself. If you dream about the whole scenario of an event, it can or may soon happen. Yet, in another view, it can be just a dream that has a different significant meaning. Unfortunately, a dream will be able to serve as a premonition, yet, at the same time, it also may not.

We could say that you had a prophetic dream about the future when the dream itself predicted something that could happen in real life. But, if your dream was something having more of a grandiose anticipation of what you have been thinking of, it may be just from your subconscious mind. My answer to the question: Can dreams tell the future? Is ‘it depends’. Whether the dream you had has something to do with what could happen or instead may be just the unconscious mind revealed through a dream, can be hard to decipher. At the end of the day, to develop real belief in precognitive dreams predicting the future, you must tap into your intuition and listen closely to what it has to say.

If you keep a psychic dream journal it is possible to note your dream upon waking and then over the years make an entry for each coincidence between your visions and real experiences.

Personal dream analysis reveals what your heart and subconscious mind want you to know. Discover the meanings of your dream symbols with the help of an online psychic dream analyst to find your way to love, inner peace and joy.