The Art of Cartomancy Divination Puts Fortune Telling In Your Hands

What Is cartomancy divination?

Initially, this ancient art of fortune telling was conducted with playing cards only. In many places it still is done that way today. While the popularity and mysterious nature of Tarot cards have somewhat negated the practice of reading standard playing cards, the principles are much the same.

Throughout history different cultures have all managed to create unique sets of playing cards, adaptations have been made which allow readings to be done using a variety of decks. When it comes right down to it, you can do this with the poker deck of cards that you have in the junk drawer.

Tarot cards can be fun and enlightening, but you needn't feel like that is the only way to get a good reading or to get accurate guidance. 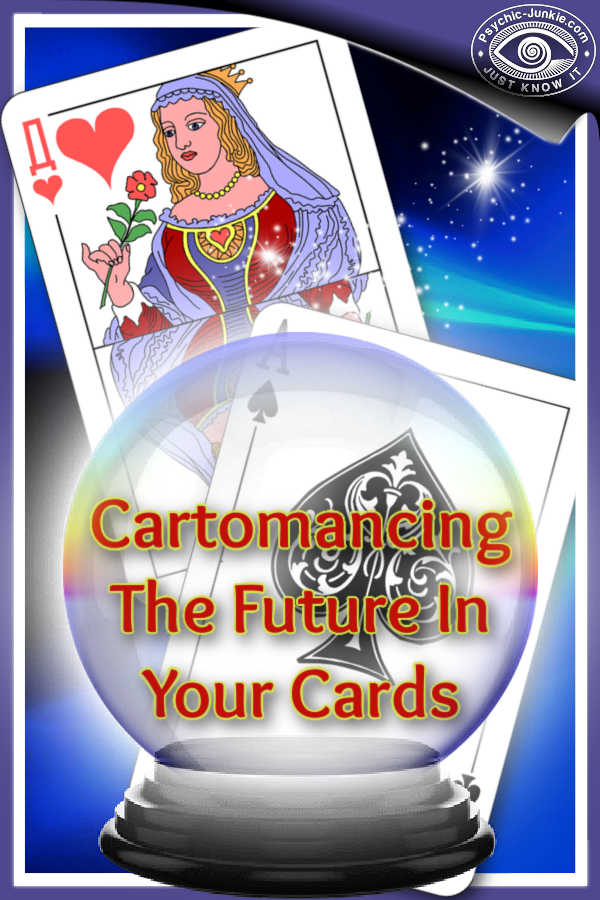 There are many superstitions about the cards themselves that are used for cartomancy. One of the most widely held beliefs is that the deck, which is used for readings, should never be used for anything else. The act of playing with the cards can ruin the fine edge of their accuracy for predicting the future. Some purists even say that no one except the owner of the cards should ever lay a finger on them. They must protect from the aura of other people so that the connection between the cards and the medium is undisturbed and clear.

The argument over what is and is not cartomancy can become heated when discussed. Though they may agree that various methods are forms of divination, many from the older schools of thought refuse to bestow the title of cartomancy on any reading that does not involve a standard playing card deck. In other words, they believe that cartomancy does not include Tarot readings. There are other types of oracle fortune telling cards which they also feel do not meet the standards of true cartomancy.

What is the difference between tarot and cartomancy divination?

Of course, there are also the numbers on the cards that carry meaning. This is particularly true with the face cards. For instance, the Queen of Hearts can point to advice about strong emotional situations such as new romance, or even a business relationship that would be sturdy and enduring. Whereas the Ace of Spades can often be a signal that things are coming to an end.

What causes many problems, and likewise many to doubt its relevance, is the dispute over the meaning of cards in identical decks. It can be difficult to engage people for an accurate reading if they are aware of these personal differences. One possible answer is that the cards play themselves out in accordance with the way the interpreter will draw them. Could it be the cards will be spread in the right way, no matter how you interpret them? Many cartomancers believe that this is the case, and thus the reason why disputes over interpretation aren't a big deal to them.

My pick for Cartomancy products from Amazon, publisher may get a commission

The Playing Card Oracles: A Source Book for Divination - by Ana Cortez

The Cartomancy Workbook: How to Tell Fortunes with Playing Cards - by Emily Peach