The 4 magical Glastonbury sites not to miss are those where the electrical vortexes balance each one of our upper body chakras. Abbey Ruins for the Heart Chakra. Wearyall Hill for the Throat Chakra. The Chalice Well for the Third Eye Chakra. The Tor for the Crown Chakra.

This travel destination for spiritual adventurers is located in the County of Somerset, South West England, UK.

Magical Glastonbury Is Also Known As The Isle Of Avalon 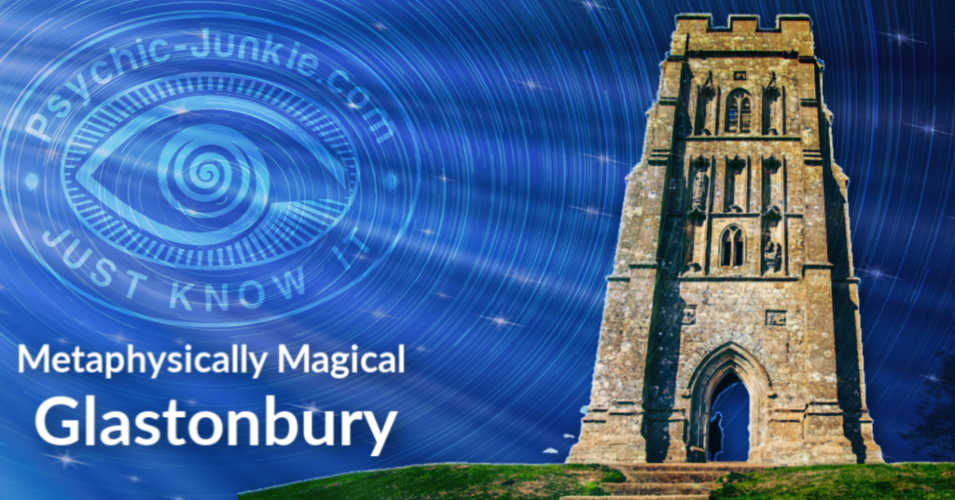 Legend has it that his uncle, Joseph of Arimathea, took Jesus to the abbey to study over 2,000 years ago. Originally, Glastonbury Abbey served as a Celtic spiritual center. Then, from 670-678 AD, it functioned as a Benedictine monastery.

The Abbey Ruins site is still considered sacred ground. Allegedly, The Virgin Mary, Saint Patrick, Joseph of Arimathea and King Arthur are buried here. A legend of long-standing purports the Arc of the Covenant and the Holy Grail were buried somewhere on the grounds. (possibly near the Chalice Well)

A stone altar inside the hallowed Lady Chapel, is positioned in the center of Michael and Mary vortex, which exudes telluric energy that resonates with the 4th or heart chakra.

Subsequent to the crucifixion, Joseph of Arimathea, reputedly planted his staff (constructed from hawthorn) on Wearyall Hill. It rooted and blossomed into what is now known as the Glastonbury Holy Thorn.

The Michael ley line swirls up to the Holy Thorn and energy cascades upward, like a fountain. This vortex energy resonates with the 5th or throat chakra. Wearyall Hill is a lovely spot for meditating.

People, seeking inner peace and/or creativity have congregated at the site of this holy well for more than 2,000 years. Surrounded by orchards and exquisite gardens, the environment is a natural sanctuary, where seekers can experience serenity and find inspiration.

This vortex was also created by the intersection of St. Michael's and St.Mary's ley lines and resonates with our body’s 6th chakra of the third eye.

4) The Tor - Balances The Crown Chakra

The Tor itself sits stately and imposing atop a beautiful green hill. It is positioned where Michael and Mary ley lines intersect. (Ley lines are energy circuits that connect Earth’s chakra centers and sacred sites.) Here you will absorb energy for your Crown or 7th chakra.

There exists a long-held belief the veil between dimensions that directly links to Avalon is easily parted on The Tor. Legend has it, The Archangel Michael will greet you on the hilltop and shine further light on the path to transcendence. Clairvoyants may see him; others may feel his presence. The marvelous thing about it, is you don’t need to do anything, just be – give yourself permission to accept the possibility – and perhaps you’ll meet in Avalon.

Where mystical events in Glastonbury are concerned, truth really can be stranger than fiction. Every so often, reports surface about colored, ball-like objects whirling around The Tor.

Back in 1970, a Glastonbury policeman saw eight maroon objects, shaped like eggs, “hovering in formation over the hill”. In 1980, mauve and green lights the size of footballs hovered over the tower.

Some locals vow the whirling lights are spaceships. Could these lights serve as examples of the ‘cosmic energy’ Glastonbury is known for? For sure, it’s one of the reasons Glastonbury is considered the Mystic Capital of England.

Walking the long labyrinth to The Tor alone is rather ambitious. For safety and further enlightenment from a knowledgeable guide, consider booking a Glastonbury tour.

The labyrinth twists seven times around The Tor and culminates on the hilltop. It’s difficult to navigate, as the terraced spirals are adapted from an intricate pattern, known as the Cretan spiral, which is inscribed on Cretan coins.

If you are fit, walking this labyrinth will be the experience of a lifetime. It is believed the meandering path to The Tor is a metaphor for your soul’s journey in life. This is a path of contemplation, where you focus on the journey, rather than the destination. Nuggets of life-enhancing wisdom that you gleaned during the inward portion of your walk are yours to take with you as you exit the labyrinth.

Having grown up in the South West of England, this Magical Glastonbury Tor has always held a special place in my heart. On my last trip back to my country of birth I walked this labyrinth all the way up to the Tor.  At the foot of the hill a stray Collie Dog came bounding out of nowhere and with much enthusiasm bounced and played along in front of me. It was like a fury spirit guide leading the way to the top of the Tor.  Staying close and edging me on, this "familiar spirit" guide egged me upwards and onward all the way to the tower at the pinnacle. Then 'absolutely' at the moment of reaching the peak of the Tor, the pooch was gone. Not to be seen anywhere on the green grassy hill at all.

The Psychic Side of Magical Glastonbury

Psychics in Glastonbury, England are proud of their stellar reputation and intend to keep it! Peers do not permit fraudulent practices to continue. Psychics who appear to be phony, or lack a true spiritual connection, are not permitted to practice and are abolished from the peer network. The Peer Network is a tight-knit group of psychics who support and motivate each other.

Both occult and psychic practitioners have called Glastonbury home for centuries.

If your spiritual adventures take you to magical Glastonbury, you may decide to stay awhile…or forever.

This free video event, is with the world’s foremost teacher of Universal Shamanism, don Oscar Miro-Quesada from Peru. You will learn  insights and practical techniques on how you can embody the transformational “medicine” of the Puma and live in balance, harmony and reverence upon Mother Earth even in these modern and chaotic times. Choose your preferred day and time to view this free workshop here > >

The Healing Power of Shamanic Journeying 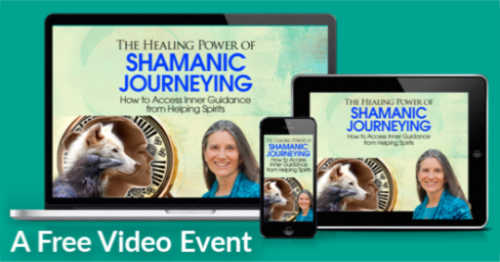 What if you could enter a parallel world to receive accurate guidance on the life situations you’re facing? Well, if you have the skills for accessing a higher form of consciousness - you can! Through a practice called shamanic journeying, you can seek and receive this type of guidance and healing for yourself and others. Shamanic Teacher Sandra Ingerman is one of the Top 10 Spiritual Leaders in the world. You can reserve your space for this 60-minute free online event here > >

A Journey to Avalon is a Glastonbury Tour held each year by Celtic Spirit Journeys and Retreats. It looks a fabulous spiritual adventure so check out their itinerary here.

To add answers or comments about this page please use my contact form. Please start the conversation with the heading [About Magical Glastonbury].