A Past Life Psychic Reading With The Evidence Later Discovered

Ms Chairity is the verified author of this guest post.

In this past life psychic reading I told my client about his most recent past life as a sheriff or police officer. I told him where he lived in the United States. Then I proceeded to tell him what the town was named. I wasn’t quite sure what State, so I looked up the location of the town on the maps to find out it was Connecticut. 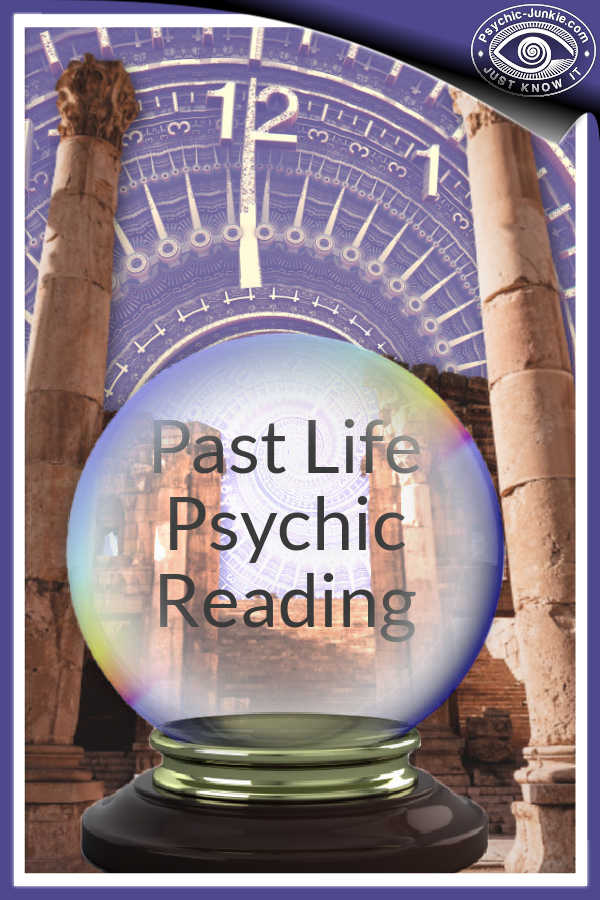 I always encourage people to look up the info and see if they can find themselves. Being a sheriff or policeman I knew I could find this man, my client in his past life.

It was not hard at all. I typed sheriff that died 1960's. I told my client it was the *60's as we usually die and a year or two come back as someone else. But in his case he stayed longer. I felt that he stayed around to watch over his children and wife. Until he felt he could move on as his form now. Predicting that he would have come back 5-9 years. The town I kept seeing was Greenwich which I found out was in Connecticut. There was nothing. So I rephrased it to … Cops that died in 1960 Greenwich Ct.

There was the list of various years of cops who passed on. I went right to the area where I saw a gentleman in the States in the late 70's who got struck by a car blow to his chest. I thought well I guess it could be him, but it didn't feel right.Then there was the next one!!!!!!

My client was freaked because it was word for word what I said in his past life psychic reading. He honestly could not even look at him. He just said he looks familiar and just couldn’t look, he was Just baffled. He knew I was good. But I don’t think he ever dreamt that good lol ;)

The Past Life Psychic Reading Validated 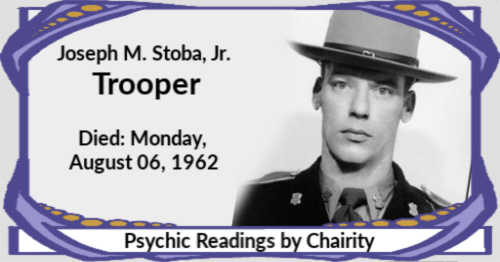 On August 6, 1962, Trooper Joseph M. Stoba, Jr. age 34 of Meriden, was shot to death during a domestic dispute. Stoba was hit once in the left side of the chest while standing on a porch. He died at the scene.

Trooper Stoba was working evenings at Troop K and was assigned to transport a prison trustee back to the state jail in Haddam. As he and the prisoner drove towards the jail, Stoba was directed to a domestic at the Czaja home.

Stanley J. Czaja had a history of drunken domestic incidents and was well known at Troop K. Trooper Stoba and Czaja spoke on the porch of the Czaja home and both agreed Czaja should go with Stoba to sober up. Trooper Stoba let Czaja go back into the house for a sweater but when Czaja came out, he was armed with a rifle. Before Stoba could react, Czaja shot him.

Chairity is a psychic and tarot consultant.

Psychic Chairity can be contacted for a past life psychic reading at powerful-readings.webs.com

"Who was I in a past life?" "Was my soul mate with me?" "How does that shape my life today?" Our online past life readers can unlock the secrets of your past, guide you through today and help you understand your present better. Get a past life reading now > >