My Past Life Recall While Meditating Was Such A Realistic Experience

I had been interested in past life recall and hypnotism since my early twenties. Some years ago I stumbled on some meditation instructions. When I first tried it out, I really did not believe it was going to work.

An Anonymous Writer has been verified as the author of this guest post.

It was late at night and everyone else was asleep. So counting backwards from 10 to I as followed the regression meditation instructions I thought I fell asleep. I woke up in a very stark white misty place. 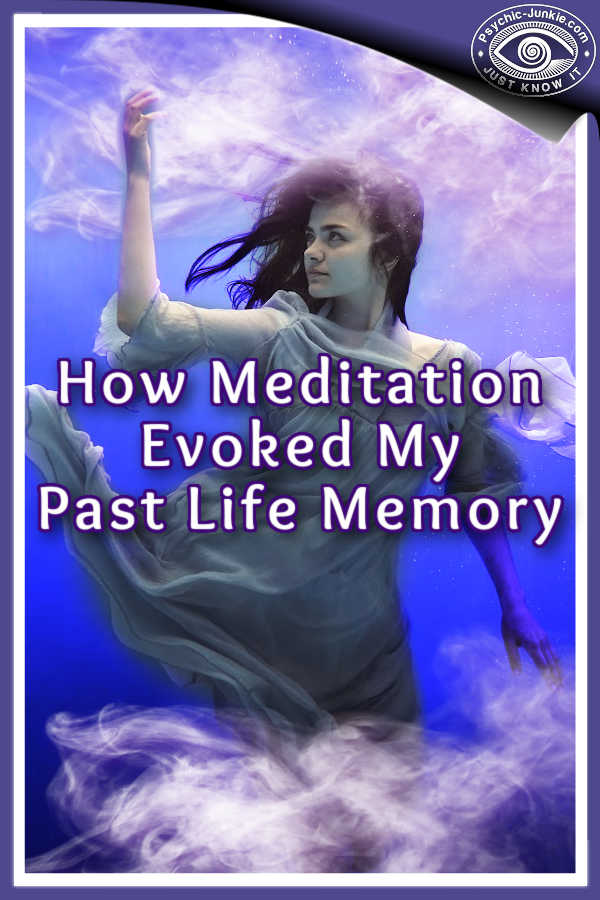 A Regression Meditation Triggered My Past Life Recall

My Past Life Recall Takes Shape

There was nothing there, but I felt a presence with me that was just beyond my sight. In the mist there formed this silvery gilded mirror. It was beautiful. There were figures, and decorations carved onto it. Within the mirror there was no reflection. Just rolling mists of white and a very chilly sensation.

As I looked I felt like I was falling into it, and the place became clearer. I really did end up falling, only to land in freezing water. My hazy, enchanted mind was shocked awake as I sunk to the bottom. I started to swim my way back up (at least what I thought was up) in the dark water. When I broke surface it all felt too real. My past life recall became so real to me. I was freaking out and wondering why, why, why.....

After catching my breath I looked around only to notice I was in a ravine. There were high rocky cliffs around me, it was night and it was dark, the moon was the only thing that gave light. It was huge in the sky. I was looking for land, something to climb on, but I only saw jagged rocks.  So I swam there and spent some time pulling my top half out of the water. My main goal was to avoid being sliced on the rocks.

After some time I just collapsed, rested to regain strength and breath. I was almost out, but I heard something. The noise came from the rock cropping, but it was nearer to land. It sounded like someone walking and crouching. It was too dark to see. Immediately I was alert, but couldn't do much. Then suddenly with unnatural speed someone shoved me back into the water. That shocked the crap out of me. I didn't even see it coming... I stayed in the water, because the figure seemed to be on the cliffs above me watching, and walking around out of sight. It scared me. So I turned my attention to the sky only to notice the moon wasn't there anymore. It was pitch black. On the water the moon seemed to be reflected, but it wasn't. It was there, huge, and shimmering palely on the water. I instinctively swam towards it and dived.

I awoke in white fog. Except this was something that can barely be explained in words. You'd had to see it. Think of Mickey Mouse or Disney. Now think of Mickey's magical black paint brush on the screen just creating scenes with strokes. That's how the fog acted.

It swirled and created a scene, all in white, of a place from long ago. These past life recalls were of Asian or Polynesian background. I saw people appear in groups watching warriors dance ritualistic dances. There was a fire pit, and ceremonial armor. Off in the crowd a silent woman watched and that tugged at me. Then the scene dispersed, it was over. Then next came a line that bled open, with the mist spiraling into images of a young woman or teen who was running wild around a maypole. She had no color like everything else was a misty white. Her mouth opened and it was black inside. Others were running and twirling around the maypole. It seemed to be some sort of festival. The laughing girl stayed with me. As she disappeared until only an eye was left.

Then the last vision in these past life recalls became completely different.  I had not noticed how lacking I was in feeling or form. I don't think air was even necessary wherever I was. The last vision became a aerial view of mountains, and a wide crystal lake. It seemed like a cold region. I ended up in a meadow where I saw a young woman. She had on an old fashioned peasant dress on with an apron over it. There was a woven basket she was putting flowers, and roots in. Her hair was braided over her shoulder. I wondered why she was by herself all the way up here, but she didn't seem to mind. With a strong sense of curiosity I moved closer.

I thought she was watching the lake. She just stood there silent. I recall being far above her and wanting to descend. Suddenly I was closer and she turned and actually looked at me. Her expression was of knowing. She performed some signs with her hand. With that it was like something popped and whatever vacuum I was in opened up. Air was now flowing into my lungs, I felt coolness, and I heard her gasp. Her expression was amazement.

The stark whiteness started to bleed away into colors. I could now see some of the mountains, the lake, the stranger's eyes, which had looked so washed out before, were now alive. She began to look real and I felt exposed. All of a sudden the white fog came back swallowing everything. The girl still gazed at me until I was snatched by an invisible force and dragged back through the sky.  I felt like we had broken a rule or something.

Eventually, I woke up not believing what I experienced, but those were some of my past lives. It was an amazing experience and I've never forgotten my past life recalls.

This author has chosen to remain anonymous.  I have verified the writer’s real name.

Past Life Dreamwork: Healing the Soul through Understanding Karmic Patterns - by Sabine Lucas

Many Lives, Many Masters: The True Story of a Prominent Psychiatrist, His Young Patient, and the Past-Life Therapy That Changed Both Their Lives - by Brian L. Weiss

Return to Life: Extraordinary Cases of Children Who Remember Past Lives - by Jim B. Tucker M.D.

Past Life Regression: A Guide for Practitioners - by Mary Lee LaBay