The Palmist Who Shows Two Fingers To Convention

Danny Diskin is the verified author of this guestpost.

Being the palmist can invite quizzical looks, as people often look at you like you are either an idiot or a charlatan. At least witches inspired fear back in the day, but palmistry is so outside of the mainstream today that it seems to inspire pity more than anything.

If I wanted to argue it I could cite peer-reviewed papers on dermatoglyphics as markers for congenital disease and schizophrenia, palmar creases and Downs Syndrome, fingerprints and blood pressure problems, the ratio of the index and ring finger lengths as a marker for testosterone levels and associated character traits and so on. The list is as long as a physicist’s headline but it is a boring argument to get into, so I tend to be quite secretive about my job as the palmist. 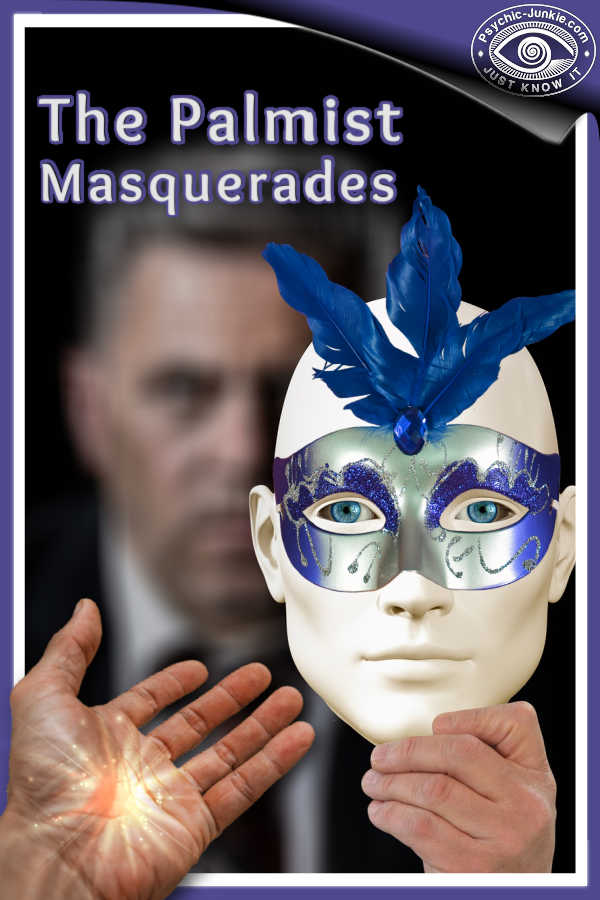 The Palmist reading at a Masquerade Ball

I was waiting at Embankment station at 4am the other day, and a friendly drunk began talking to me. When he asked what I had been doing that evening a dilemma presented itself, as I had been reading palms at a masquerade ball.

Masquerade balls are great to read at, as people who wouldn’t normally go anywhere near me as the palmist are up for an experiment, and a quick reading only costs them a tenner. Some clients let me record videos of their appreciation, which you can see on my website linked below.

I was buzzing, having spent a very successful evening blowing people's minds, one after the other, and I wasn't keen to face pity or derision; but neither did I want to lie. I liked the drunk guy, and one should own what one does, so I let him in on my dirty secret. 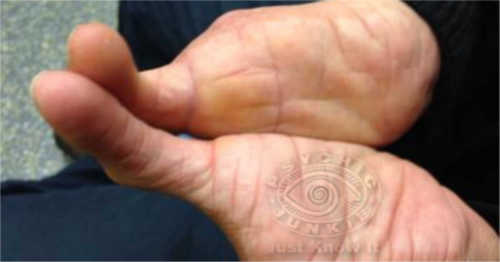 I may not be the most scientific palmist, but I also know what an omen looks like. His hands were incredible, the strangest I'd ever seen by far, and I had been invited to read them. From the palmist’s perspective it was easy.

With only two fingers, his talents are channeled in very specific directions - Mercury and Apollo in this case, for the little finger and the ring finger respectively. On the one hand (the left, more intimate side), it would be about communication and transaction. On the other, (the right, more external side), creative expression was key. Both had whorl fingerprints, the print of fire, the most focused dermatoglyph. His arms were like laser cannons, the left firing cleanly through a Mercury filter, though the right finger was bent over a little, and maybe less well directed. I told him he was an excellent communicator, especially good at advising close friends, capable of making things happen and getting people motivated. With the rare presence of a heart line that was completely without damage, he would also be the kind of person that doesn't really suffer emotional pain.

Spot on so far.

His hands bore the stigmata under the little finger associated with healing, so I told him people feel better when they talk to him. People tell him that often, he said. He thought it was because he was always cheerful, regardless of what happened to him, regardless of his disability, and so others felt obliged to cheer up too.

The fate line branched under the head line, at a point I dated to age 31, with one branch going to a really funky swirl of skin patternation, so I told him he had changed careers in a major way at that age, opening his mind to new things. He had indeed, and moved to England in the process, at 31. His friend wanted me to read his regular ten fingered hands, but I gave him a card - I was busy with an angel of cheiromancy. People on the tube looked on, some in horror, seeing ugliness where I saw beauty and character in the hands. Perhaps he does not often receive such appreciation in public.

One palm had another, tighter swirl on the mount of Luna, two-thirds of the way down, and people with that can cut themselves off, so I warned him about allowing himself to get isolated. He does, for weeks at a time apparently, but didn't think it was a problem. Maybe he was right, as the heart line suggests that it isn't taxing his emotional wellbeing. It is always important in divination to separate how you as a reader would respond to circumstance from how the client would.

I stayed on the tube, going out of my way all the way to Swiss Cottage to explore his hands. My twentieth pair of hands that night were things of wonder, and I did another eight the following day at a flea market, making a good weekend for me as the palmist. It’s a great job, and I’m a great palm reader - the world can catch up in its own time, I’m doing my thing, sticking two fingers up to convention, even if the fingers aren’t mine.

The lines on your palm provide significant insights about your unique personality and future. From life lines to love lines, health lines and beyond, the answers you’ve been looking for are in the palms of your hands. Find out what your lines can tell you about yourself with an online palm reading today.

Danny Diskin is a consultant member of the British Astrological and Psychic Society. Danny’s grandmother on one side was a graphologist, and the other was a psychic healer who taught him to visualize from a young age. He was skeptical about such mysteries as Tarot until a deck started talking to him nearly 20 years ago. Palmistry has been his fascination for many years, and a constant study, because every hand tells a story. He teaches palmistry and tarot reading.

You can find Danny the palmist at the Evolve Wellness Centre, located in Chelsea, London.

My pick of Palm Reading products from Amazon, publishing affiliate may get a commission

The Art and Science of Hand Reading: Classical Methods for Self-Discovery through Palmistry - by Ellen Goldberg