Animals In The Afterlife That Horse Around For You

I have many stories of animals in the afterlife but one very strong memory was when I was teaching. I had a class of mature college students and was in the midst of an anatomy and physiology lesson when the spirit form of a grey stallion with white mane stood next to one of the students. This horse stood very tall and I tried my best to carry on with the lesson but it was very difficult to do so when this horse was trying to attract my attention.

Astrid Brown is the verified author of this guest post.

To explain when we mediums communicate with animals in the afterlife - it is not through conventional speaking. It is through thoughts and feelings. The students knew about my abilities but I did not talk about such subjects. However I had touched on it when teaching Holistic therapies, such as Aromatherapy and Crystal Healing. 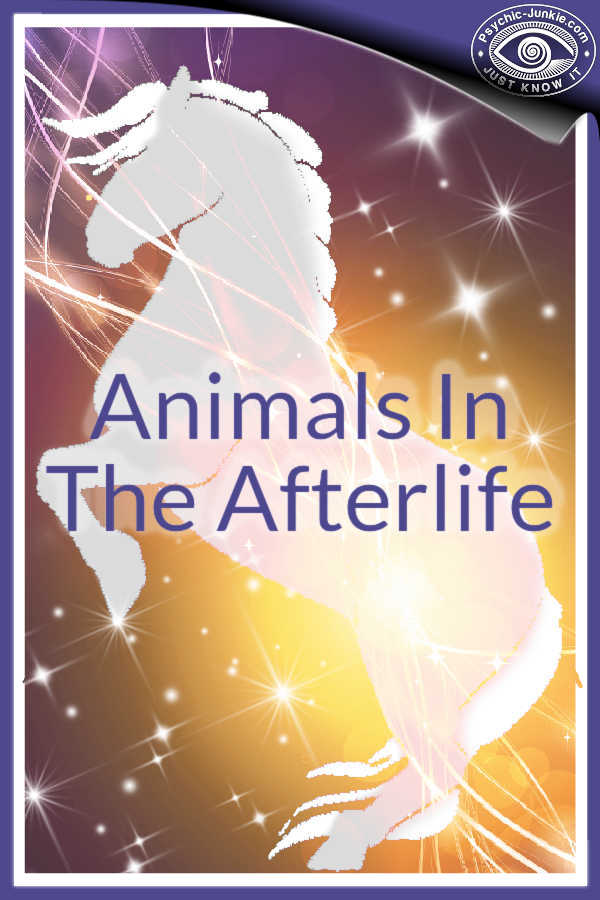 Spiritualists Beliefs On Animals In The Afterlife

Do animals have an afterlife?

In Spiritualist's beliefs we believe their are humans and animals in the afterlife, each with their own  soul groups. We all begin as lower life forms, and gradually with each incarnation, move up the scale from the lower animal life forms, through more intelligent animals such as horses and elephants etc. until the time comes high forms are ready to be incarnated as human spiritual beings. We then continue reincarnating and evolve to higher levels of consciousness in our human form.

Trying to carry on the lesson this horse conveyed to me about another horse and described its appearance, and that it was a brown mare who was very sick. The stallion also conveyed to me how he passed over due to a wound in its leg after he had injured himself on a wire fence. He was a proud beast and quite a character.

I had an overwhelming feeling I should talk to this student about this and spirit always told me never to fear coming forward if I felt the need to. So at break I explained what I had picked up. The student was shocked at first but her family ran stables and indeed they had to put down a grey stallion after its severe injuries. She also told me they hired out horses and ponies to riding clubs and indeed they did have a brown mare of the description given to me but as far as she knew the mare was fine and was hired out to a riding club.

Two days went by and the student excitedly came to find me. The mare had been returned to them indeed very sick. The vet at the riding club didn't know what was wrong and neither did the girl's family's vet. It was obviously a very sick animal. I recalled what the Stallion had conveyed to me but I hadn't told the student how serious the mare was not wishing to alarm her, in actual fact the Stallion had conveyed the mare was to pass over.

One month later we had a fire alarm alert and the college staff and students were all gathered outside. Fortunately it was a false alarm but the Stallion appeared standing next to the student once more. It was a bad feeling and I knew the Stallion had come for the mare to take her spirit to the afterlife. Later on that afternoon the student received a call from her mother to inform her the mare had died.

Now whether you chose to believe there are animals in the afterlife, it is up to you. There were witnesses as I recalled the Stallion right down to where the injury was and how it had happened including the horse's character. I had no idea of this student's background and had no contact with any of her horses. In fact trying to describe their character was difficult and strange to the witnesses how I could communicate with the spirit of a dead horse.

This is merely one of of my stories of animals in the afterlife I have had over the years. 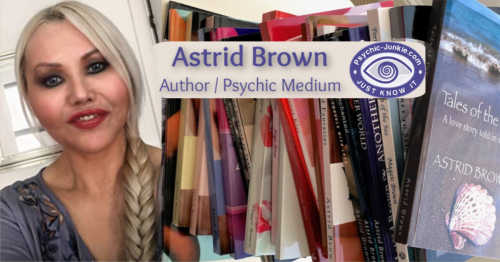 Having a background in nursing Astrid became interested in many holistic therapies, became a Reiki master and went on to become a college lecturer in holistic studies. Much of her work is inspired and channeled from spirit so it often has a philosophical slant. She writes periodically for online magazines and works for a large international company as professional psychic medium. She resides in the UK.

Your animal best friends have feelings. Pet psychics can help you understand your pet's soul energy, why they are acting a certain way, what they need, and whether your pet is happy. Get a pet psychic reading online now!