Passing Time with Bruce During His Last Day On Earth

Remembering the passing time with Bruce.

I had been caring and looking out for Bruce (almost each day) since the beginning of June when he had suffered a heart aneurysm. We had been very close friends for the last ten years.

[Saturday 13th October 2012]  During the night I had a dream. I found myself escorting five ‘happy’ children to a Palliative Hospital. I made sure they had their teddy bears and items of comfort. I knew it was their last stop. I remember standing with them by a pond in the hospital grounds. I particularly noticed the feeling of being at this peaceful location before, this was a Deja-Vu feeling like a place I had visited several times before. Waking up I could not understand why I had just dreamt about these five children. I did wonder about the Palliative signs relating to Bruce.

Bruce was seriously ill but now back at home. He was at home alone this weekend; I made sure he had everything he needed to get through the two days without me. Monday was a good day, although Bruce had experienced some anxiety over the weekend. He had not slept well Sunday night, but he was very glad to see me and pleased to go out and about in the wheelchair. We visited the laundry, the post office, the pharmacist and the Fountain Café. We had some lunch with friends and returned home.

Monday night was difficult for Bruce. He had panicked a lot through the night alone. He was fearful that if he went to sleep, he would not wake up. During the morning he was visited by two members of his home care team. When I arrived about lunchtime Bruce, although calming down with my arrival, was really struggling with his lungs. By about 4pm when I was preparing to leave, it was clear I could not just leave him in this condition, I called the Sacred Heart Palliative team and they came to talk with Bruce and offered to take him into the hospital for a week or two to help him regain some strength and confidence. We could wait for an ambulance or take a cab as a quicker option. 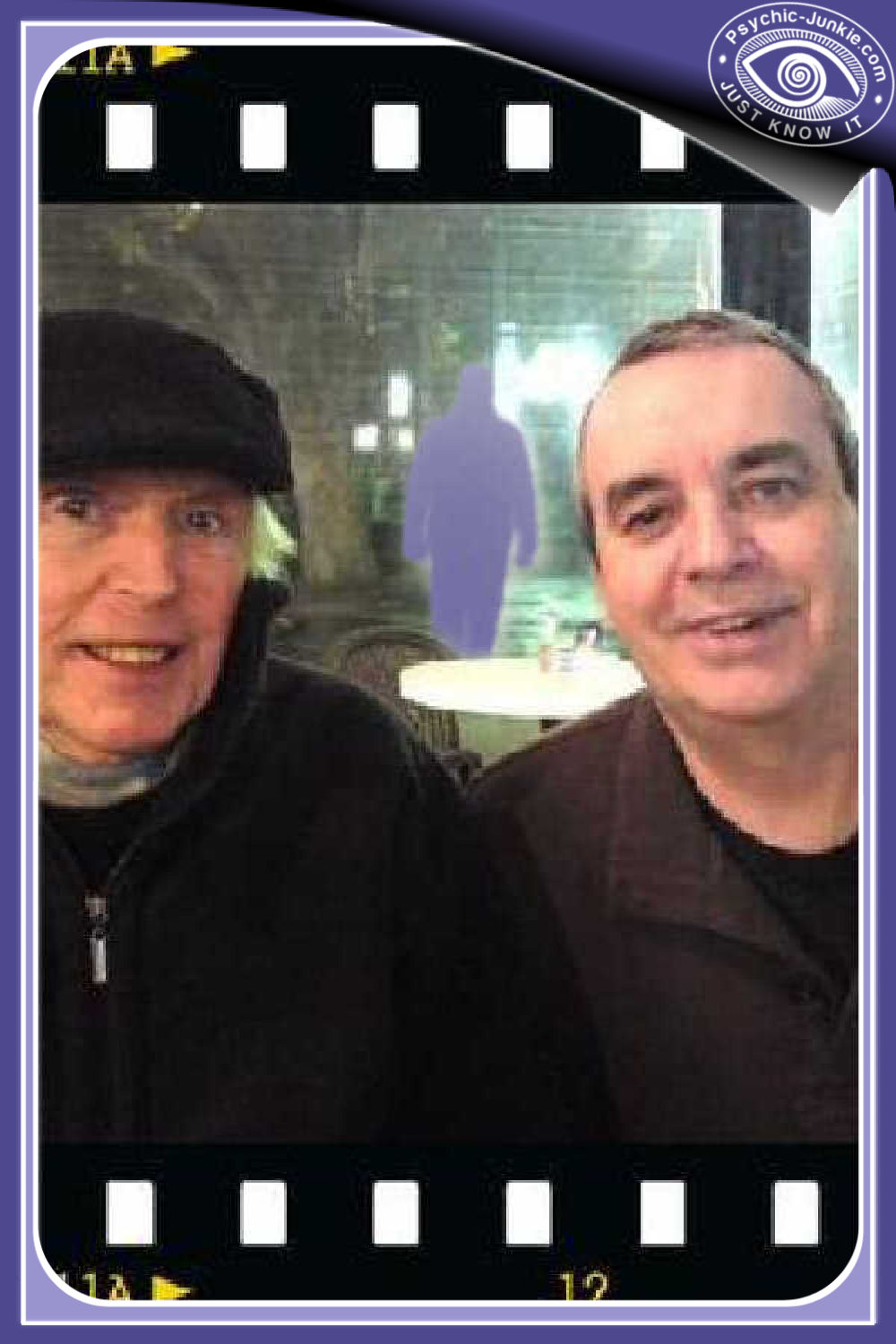 I remember packing a bag for Bruce with the things he may need for another week in hospital. I asked if he wanted his fleecy throw blanket. Of course, he did, this blanket had become his ‘safety blankey’ over the last four months in hospital and Bruce was going nowhere without it! As I helped Bruce into the taxi, I thought to myself, “well I've never had kids, but I guess it would be something like this”.

Sacred Heart was wonderful; both as a warm caring space for him and as some respite for me. I took the Wednesday off. But in phoning Bruce on Wednesday afternoon it was clear he was going downhill fast.

About 2am in the night of Thursday morning I got the call from the hospital saying that it would be a good idea to come in now as it was close to passing time with Bruce. I arrived about 2.45am. The nurses had been taking turns at sitting with Bruce and holding his hand because he did not want to be alone. I took over. Although on morphine by now and not really conscious Bruce did manage a nod to my question, “Bruce this is me, do you know I’m here now?”

At 3:15am I experienced what I call my psychic surge. The only way I can describe it is that it is like being tasered with the warm fuzzies. I closed my eyes and asked who had just entered the room. I sensed a man this side of a Plexiglas glass screen and a whole load of eager people standing and looking in from the other side of the Plexiglas glass screen. I felt this to be Bruce’s brother, (who had died some years earlier in New Zealand) and behind the screen were all Bruce's friends and family already passed. They had come to welcome him to the other side. I continued to hold Bruce by the hand and talk with him. Recounting all the people we know who love Bruce so much. (Lots of us)

At 9:36am (while still holding Bruce by the hand) I sent this text to my best friend (and psychic) Carol in Western Australia: "I'm at the transit lounge holding Bruce's hand as he decides if he wants to go now or in an hour or two. He loves traveling so not sure why he is holding on. His consciousness seems to have gone but he seems to not want to leave the worn-out body". Ian

9:44am Carol’s reply: "Invite a few of his ancestors to come and light the way" (Carol had no knowledge of Bruce’s genealogical passion and years of research into his ancestors in Scotland - the MacCallum Clan)

I reply with: "I'm calling on his MacCallum clan from Scotland"

At 9:45am I recite Louise Hay’s affirmation, “We are safe – it’s only change”. I suggest to Bruce that we call on the MacCallum Clan to come and lead him home. But while they are at it why not take Bruce via Scotland and have a quick tour of the Clan’s Castles and stately homes. “And Bruce, make sure you send me a postcard from Scotland to say you got there”. (Bruce loves traveling and this was going to be an awesome journey!) At that Bruce noticeably started slipping away.

At 9:49am I received a text message from my wife at home. I"’m doing a meditation. I'm there with Bruce now hun... will hold his hand and walk a bit to help him cross over now. I am holding bliss .... PS what’s with the big CLAN of people here?" (She had no idea we had called on the MacCallum Clan)

9:55am Nurse enters the room and called the death of my dear friend Bruce.

Afterword: I do hope I don’t offend anyone with my report the passing time with Bruce. I understand this may not sit well with the religious beliefs of some friends. This was simply what happened as it happened. I am a semi-retired professional psychic yet these experiences still fill me with wonder. I left feeling very happy and excited for Bruce, and very sad for myself in losing one of my most trusted friends.

PS: Carol called me a short time after to say that her sister, who is on holiday in Europe, had just skyped her to say she had just been to Edinburgh Castle and had followed a prompting to send Carol and myself a postcard from Scotland of the castle!

PPS: My dream with the five happy children happened five nights before the passing time with Bruce. And as I left the hospital I decided to walk around the side and look at the grounds. And there was the pond, just as I had seen in the dream.

PPPS: I'm still passing time with Bruce across the veil on a regular basis. Over recent years Bruce has passed the most undeniably evidential proof of the continuation of consciousness after death via many mediums who do not know either of us.

Comments About Passing Time with Bruce

Your "Psychic Surge" by: Susan K. Morrow-Johnson
I love that name for the feeling! I call it "the chill of confirmation," but "psychic surge" is even better! And it's also affirming for me to know that you have that same feeling. Even though I went pro in 2005. It's still good. Thank you.

Magical Story of the passing time with Bruce by: Sally

What a touching and magical story. Gives me hope for the afterlife. Thankyou, Sally. New York

To add answers or comments about this page please use my contact form. Please start the conversation with the heading [About Passing Time with Bruce].

Or if you want to write an article on this subject please submit a guest post here.