The Schumann Resonance For Meditation And Psychic Development

The Schumann Resonance pulsates at 7.83Hz. It is the same frequency as Alpha brainwave level known as the twilight state between waking and sleeping. This 7.83 cycle per second frequency is also referred to as our ‘Earth’s heartbeat’. I like to call this wavelength Psychic Resonance because it is the gateway between human consciousness and metaphysical higher realms.

It is possible to sync your brain with the earth’s electromagnetic waves during meditation. This is but one quality of the scientific study which revealed marvelous truths about the vibration in the energy of the magnetic field that encircles earth.

Pretty exciting, huh? Are your little gray cells tripping over each other with questions like – how did these truths come into light – what does knowing them do for me? 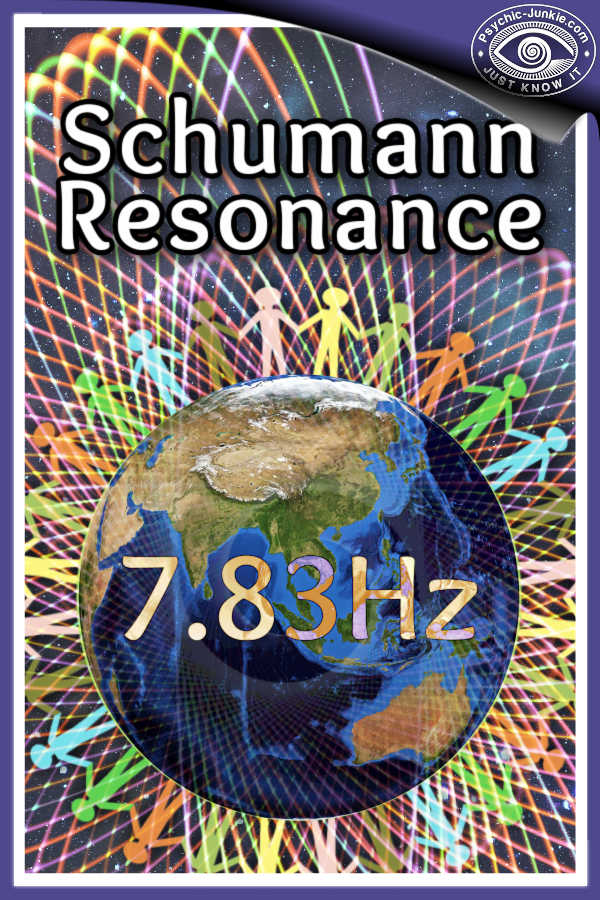 What Is The Schumann Resonance?

Schumann resonances are generated by global lightning activity in the atmosphere which creates an extremely low frequency electromagnetic field around the earth's surface and the ionosphere.

Without digging too deep into scientific jargon, let’s get you some simple answers.

In 1899, Nikola Tesla, inventor and scientist, determined that the resonant frequency of earth was about 8 Hz. No doubt, Tesla was a forward thinker; however, his work was never proven.

Winfried Otto Schumann, German physicist Professor, Technical University of Munich, taught the physics of electricity. Quite by accident, one class found the exact pulsations produced by planet earth. Subsequent to Schumann’s report in ‘Technische Physik’ journal, the physician, Dr. Ankermueller deduced there was a correlation between the resonant field found in Schumann's discovery and the Alpha pattern in human brain waves.

It has been suggested that Schumann delegated the task of further exploration concerning Earth's electromagnetic field and the human brain employing the same natural resonance to Herbert Konig, who determined 7.83 Hz as the planet's predominate resonant frequencies.

It has been affirmed by Scientific testing in 1954 that the surface of the Earth resonates at 7.83Hz. So, it has been called the Schumann Resonance after Professor Schumann, who delivered the proof that Tesla could not.

Ongoing research globally has categorized various qualities of this resonance. For instance, we are now aware of a spectacular truth that when our mind is attuned with the 7-8Hz frequency (Alpha Brainwave Level), the body produces neuro-chemicals, which calm, relax and renew us. These lower waves turn us inward for learning and introspection.

Alpha brain wave patterns are also known as the twilight state between waking and sleeping. Operating from the Schumann Resonances allow you to tap into creative ideas and hidden thoughts.

We’re not done yet folks…

Psychic Ability And The Schumann Resonance

Psychics and mediums have long availed themselves of Alpha brain waves (measured between 7 and 14 cycles per second) to access the telepathic thoughts and ideas of other people as well as for communication with spirits and entities in other dimensions. The associated Schuman resonant frequency of 7.83Hz is bang in this mystical consciousness zone! Also, two people, who are in Alpha state, can communicate via mental telepathy when both are senders and receivers. Remote viewing is also performed in this state of mind.

Now, let’s put the cherry on top of the Schumann Resonance. Accelerated learning is a huge benefit of earth and brain synchronization. Now called super-learning, research conducted by Georgi Lozonav, a Bulgarian psychiatrist, found that students in the Alpha state studied less, but learned up to five times more information. Plus, they retained the information longer than students who were in everyday awakening consciousness.

A new age of experts now believe the natural “heartbeat” of mother earth is masked by the widespread gamut of man-made frequencies. (Think mobile phones, electrical devices, cell towers, power lines, etc.) In essence, man has generated “bunkers”, which have disengaged us from the Earth's Heartbeat and our psychic resonance.

A Global Coherence Monitoring System (GCMS) will show data using worldwide network of magnetometers that sense atmospheric lightning to observe future changes in the Earth’s electromagnetic field because it has been recognized by scientists as a carrier of biologically relevant information that connects all living systems.

Learn More About The Alpha State Of Mind 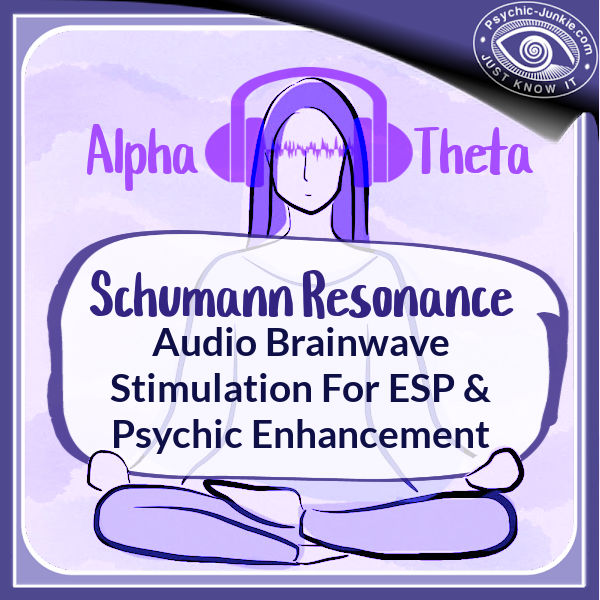 Psychic phenomena is linked in the brain to the Amygdala and the Anterior Cingulate Cortex. These ESP And Psychic Enhancement Tools enhance activity in these two regions, resulting in a noticeable increase in psychic abilities.

Binaural Beats and Isochronic Tones using the famous Schumann Resonance Peak, will land you between the high end of Theta and the low end of Alpha. So, relax as you listen, and be prepared to go pretty low.

My pick of the Alpha Meditation products from Amazon, publishing affiliate may get a commission

The Silva Mind Control Method for Getting Help From the Other Side - by Jose Silva & Robert B. Stone