Tarotology 101: Seeing The Future In Your Own Card Readings

Tarotology is a term for learning about the origin and theoretical basis of the tarot, the art of tarot card reading for divination, and the symbolic meaning of cards in both major arcana and minor arcana sets of the deck. This is no fool-ish journey. With an a little study and an easy shuffle of your own tarot card deck you may soon understand how to see your future at the drop of a card.

But first a little history lesson into the origins of the reading of tarot cards.

The history of tarot cards runs deep into ancient times. Tradition has it that the origins of tarot were found in Egypt. Some symbols are recognizable as ancient Egyptian. According to legend, the 78 tarot cards represent the Egyptian hieroglyphic books, which were comprised of 78 tablets. Further, the inner meaning of these cards is a book, containing a great combination of psychological and philosophical content, which can be read for fortune predictions in various ways. The first “cards” were medallions stamped with designs and numbers, then came metallic plates, leather cards and ultimately, paper decks.

The first time written history of the tarot begins is during the second half of the fourteenth century. We know that in 1440, the Duke of Milan requested a number of decks of “triumph” cards, which are hypothesized to have been the original tarot decks we know and love today.

Triumph was similar to playing bridge. The deck contained 22 special cards that were used as trumps, in addition to four suits of court cards, a king, queen, knight and page. Scientific evidence shows that around the year 1530, “the name triumph” was changed to tarocchi, which is the Italian equivalent of the French word tarot. 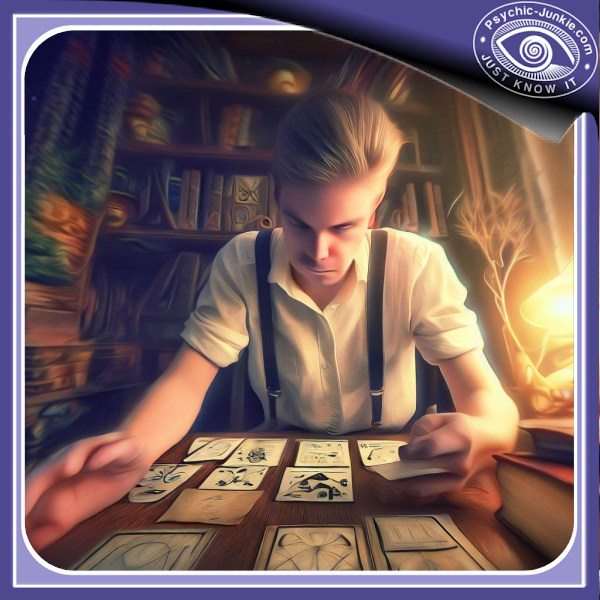 Because each deck was of necessity hand-painted, the early versions weren’t plentiful. But mid-15th century, when the printing press was available, the cards were able to be reproduced more speedily. It was also around this time that the Church opposed tarot-related activities and made several decrees prohibiting its use. However, tarot for recreation and as fortune telling toys never totally ceased; its workers simply took tarot underground.

From 1500, until about 1770, the Tarot was only used in secret. At the same time, secularization decreased the Church’s power and began the reformation, which segued into rationalism. Interest was revived in mystical schools and the tarot emerged into the light as the powerful tool it is. But during the 1700s working with the tarot was still restricted to intimate numbers of initiated people and was a vital tool in esoteric circles, such as secret congregations of those early mystery schools. Gypsies also ignored opposition to the tarot. It was these gypsies who developed the divinatory side of the tarot and spread it throughout Europe during their nomadic travels.

When Count Antoine Court de Gebelin published an eight volume work in 1781 it “broke the mysterious silence around the tarot”. Alliette (Ettelia) a wig maker, fortune teller and “professor of Algebra” later designed a deck of tarot cards that deviated profusely from those of Court de Gebelin.

While others had notable influence in the area, Sir Arthur Edward Waite, a member of Hermetic Order of the Golden Dawn, designed the world’s most used tarot deck with the now world-renowned prediction art of artist Pamela Colman Smith. In 1910, Waite published his book The Pictorial Keys to the Tarot. Though his work seemed radical at the time, Waites “Rider Tarot” set the standard and remains the most popular tarot deck to date.

Tarotology FAQ: What Should I Know About Tarot?

In simple terms tarot reading utilizes specially-designed cards for divinatory, esoteric or occult purposes and practices. It is a theoretical-based activity for fortune telling, which is a subset of cartomancy . A tarot reader uses the cards to gain a vast amount of insight into the past, the present, and the future of people, circumstances, and situations through the process of making an inquiry to the cards. Many believe that tarot is effective because it stems on the guidance of an invisible spiritual force. Others believe that the cards act as tools to tap into a collective form of unconsciousness or into an individual’s very own creative subconscious.

Tarotology FAQ: Why Is The Origin Of Tarot So Mysterious?

The initial origin of tarot is actually considered to be a mystery, among most. There is evidence that the cards were played in game form in Italy during the fifteenth century. In fact, the earliest and the most comprehensive deck - which is believed to have been created in the year 1450 - called the “Visconti-Sforza” has been uncovered and obtained. Today, it is hailed as one of the most historically-significant and beautiful of all tarot decks. In the eighteenth and the nineteenth centuries, tarot divination was discovered and practiced by several scholars who were fascinated by the occult. By the twentieth century, the tarot cards were incorporated into clandestine societies – one of the most popular being the Secret Order of the Golden Dawn.

Tarotology FAQ: How Is A Tarot Card Reading Conducted?

Today, Esoteric Tarot is considered to be an art of divination. A minimum of two people should be present to appropriately handle the cards. One person is considered to be a “seeker”, while the other is deemed an “interpreter”. In essence, the seeker asks a question or makes an inquiry. The interpreter then reads the cards for underlying meaning after the cards have been shuffled and placed upon a divining tablecloth into a pattern, which is called a “spread”. Not only does each tarot card mean something, but the way the card comes up (upright, or upside down) also influences its meaning. 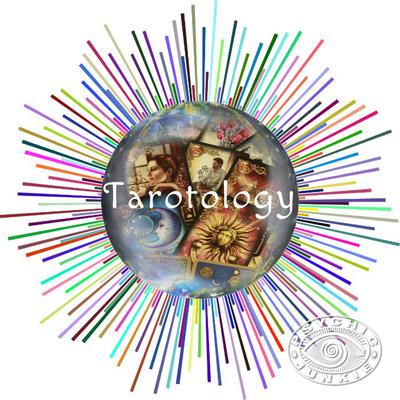 Tarotology - What's In YOUR Cards?

While it is true that each tarot card in has a general meaning, an interpreter or reader of the cards must be utilized in order to obtain an appropriate meaning. In most instances, these necessary individuals are referred to as “psychics”. These individuals have the unique ability to tap into your unconscious mind, the general collective unconscious that exists all around us, as well as the universe – as a whole. These individuals are sensitive to vibrations and are more qualified to truly get an accurate reading on the seeker. Tarot Cards consists of a vast collection of symbols and archetypes that are designed to represent all of the experiences and situations surrounding humans. By obtaining a tarot reading from a qualified psychic, you can learn from the life that you have lived, the methods that you may apply to your current life, and how to positively enhance your future.

Tarotology FAQ: How Can I Read My Own Tarot Cards?

Many beginners learn how to read tarot cards for divination of future events or to interpret hidden information for help in everyday life situations. Learning how to read tarot cards as an oracle, means you will have to know the symbols, pictures and structure. In the beginning, you don’t have to know all the meanings of all the cards. This may feel like it will take a long time but it will come with practice. With practice, tarot cards become companions.

Tarotology FAQ: How Do You Pick A Tarot Card Deck?

In the beginning it will be important to perform all your readings with the same deck. Take your sweet time before making a final decision. Look for a deck of premium quality, preferably with a matte finish. Look for a tarot set with full pictures in each suit of tarot card designs For instance an image showing a scene that includes nine swords not just 9 swords on their own. Then get an intuitive feel for the energies of different types of tarot cards. Select several different decks from the store display and pick up each deck separately and hold the cards in your hand. You may even use a spirit pendulum if you have one. Keep trying until you find the deck that calls your name. If you don’t connect with any of the decks, consider the Rider Waite cards. They set the standard for tarot divination. And most books for the apprentice generally use Rider Waite illustrations for teaching.

Tarotology FAQ: How To Do A Tarot Reading For Yourself?

The Minor Arcana is divided into suits: Cups, Wands, Pentacles and Swords.

Each suit has a general meaning:

Finally, start interpreting reversed (upside down) cards. When you feel you have gained enough experience with the individual cards, practice ‘reading’ spreads (or layouts). Start simple by laying out five cards and doing practice readings for yourself. Eventually, your will develop a love of tarot and you may come to know all the card meanings by heart. At this point you may want to become a tarot card reader for others. Begin with family, friends, co-workers, etc. Before each consultation, a short meditation will center you and prepare you for divination. Following a consultation, you may wrap your tarot cards in silk, or put them in a wooden box to keep them from absorbing various energies.

One final mention, the tarot cards never lie. Be mindful, divination for a client is a serious responsibility. Be fully involved in the questioner’s situations and problems, so that you can achieve clear insight.