Is there any technique for divination using coins?

A technique for divination using coins became known as Flipism after the 1953 Donald Duck Disney comic "Flip Decision", where Donald adopted a philosophy of life in which all decisions in his life were made by flipping a coin.

All jokes aside, the quick coin toss for making the yes/no and either/or decision has been around for eons. From a psychic perspective, a decision made from the heads or tails result of flipping a penny can provide instant access to your intuition. Ask your question, flip your coin, and get your answer is all well and good, but how you instantly 'feel' about that result is your intuition kicking in. If in doubt follow your intuition! 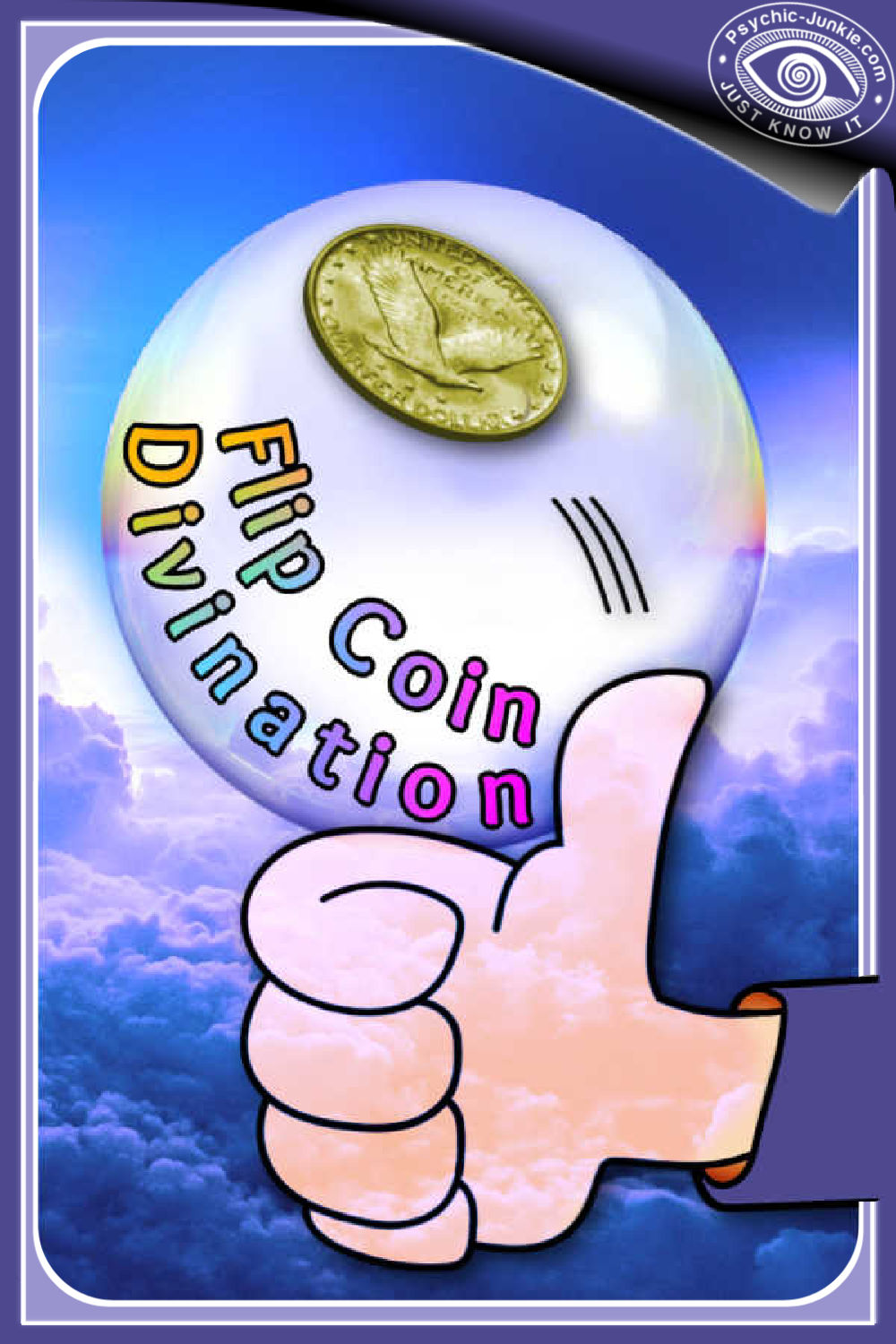 You can elaborate on divination using coins by using three or five coins instead of one. For instance if you chose heads for your yes answer:

You can make your practice more sacred by finding a special coin that you bless and keep exclusively for the purpose of divination using coins.

My pick for Divination Coin products from Amazon, publisher may get a commission

The page below includes content from multiple authors. I have verified and approved these submissions. – Ian Parkin

Flipping a Coin Gives You The Truth of the Matter by Kenna J (Albuquerque, NM, USA)

When I was a child in a Christian household. My mother told me that whenever I had trouble making a decision, I could flip a coin. "God controls everything, even the flip of a coin," she said.

Although I no longer believe in a God that controls everything (if I ever did), the coin-flipping technique my mother taught me for making decisions has remained quite useful.

When I'm having trouble choosing between two options, I consider flipping a coin. I imagine the result being one way and then the other and observe my own emotional response to each imagined outcome. If one of the two possible flip outcomes feels bad to me, then I don't need to flip the coin at all; I go with the option that doesn't feel bad.

Sometimes we tell ourselves that we are facing a crucial decision when we are not. Sometimes we don't know which way to go because either direction will get us to our destination, and the choice is simply arbitrary. The intuitive response you have with divination using coins will show you how important the matter actually is. Not much intuitive response means the choice is not very crucial.

Our intuition is always there, waiting to be accessed. Answers abound all around. Next time you feel torn, flip a coin to find the truth.

My Way Of Doing Divination Using Coins (non I Ching,) by Patrick

I have two particular methods of divination using coins: the first is a very basic yes or no question, and the second is a little more in depth divination for complicated issues. A note first: I got this divination method from a website a long time ago. They claim it goes back to the Romans, but I can't verify that and I don't really care. In the end, it's a system that I'm comfortable with, and that's why I put stock into it.

So, first comes the coins. I have 3 different coins. I'm in the U.S., so I have a Euro gold looking coin, a silver dollar, and a Euro copper looking coin. Why? Because I will never confuse them for other coins. To me, the coins aren't important in and of themselves until you put meaning into them.

Some basic things I do for either method. First, I relax and achieve a fairly deep meditative stance. To do this, I focus on the problem, situation, or question I want information on. While performing this meditation, I hold the coins in my hands.

This is a simple yes/no divination format. While meditating, I will gently toss the coins fairly close in front of me. I do this in a way that stirs them around a little. Studying the pattern is fairly simple. Heads up is positive (yes). Tails is negative (no). So if all coins are heads up, it' indicates to me a stronger answer. If two coins are heads and one is tails, it means that the response is still positive but not as strong. Same with tails up. All three is a strong negative, while just two is a weaker response.

This becomes a little more complicated, used for a more in depth answer. Each coin indicates something different.

Silver = Social well being. How it affects friends, family, and love life.

Copper = Environment and the world around you. So this could be like material goods, physical structures,career, and financial matters.

So to do this, I follow the same format as the first. Deep state of relaxation or meditation. Meditating on the situation, problem, or question. Throwing the coins when I feel that I'm mentally ready.

Example: I want to know if a business endeavor will work out for me in the end. I follow the second method and toss the coins. The gold coin lands, heads up, very close to my body. This means that the endeavor will produce a favorable personal result. The silver coin lands a little bit away, tails up. I can assume from this that my social life will deteriorate in some way, to a moderate degree. The copper coin lands furthest away and is heads up. This would indicate that my financial or career gains will be good though they might be small.

Last note on my way of coin divination : I don't believe in destiny. This may appear to be counter intuitive to divination, but I think it's not. To me, the coins could be responding to your own subconscious. Maybe they're accessing some part of your brain where you've already subconsciously analyzed the possibilities of pursuing this course. However it boils down, it shows only one possible future of many. It could be an estimation of probability. It could be an interpretation to fit my world view. But I think that's a discussion for another threat.

Another last note on divination using coins (last one, I promise). I keep my divination notes separate from my other notes, or as most would say book of shadows. I have a notebook where I write down the question, the reading, and any interpretations or guess work at the outcome of the coins. Also, when I feel as if I've experienced what the coins indicated, whether good or bad, I go back and write that down, too.

If you would like to ask questions, add answers, or comment on this page please use my contact form. Start the conversation with the heading [About Divination Using Coins].