Roderick Millington is the verified author of this Electronic Voice Phenomena guest post.

I can record Electronic Voice Phenomena to let YOU hear the spirit voices. My Meta Speech EVP work has led to fascinating evidence of afterlife communication.

My life has been wonderful and dreadful in equal measure, which is not perhaps unusual. When people ask me if my glass is half-full or half-empty, though, I am tempted to reply “I don’t know; I can’t find the glass.” One of the reasons for this is the intensity of the ‘strange’, or psychic, experiences that have littered my path, not least my discovery of Meta Speech, where I record Electronic Voice Phenomena (EVP).

Where is the science in electronic voice phenomena? 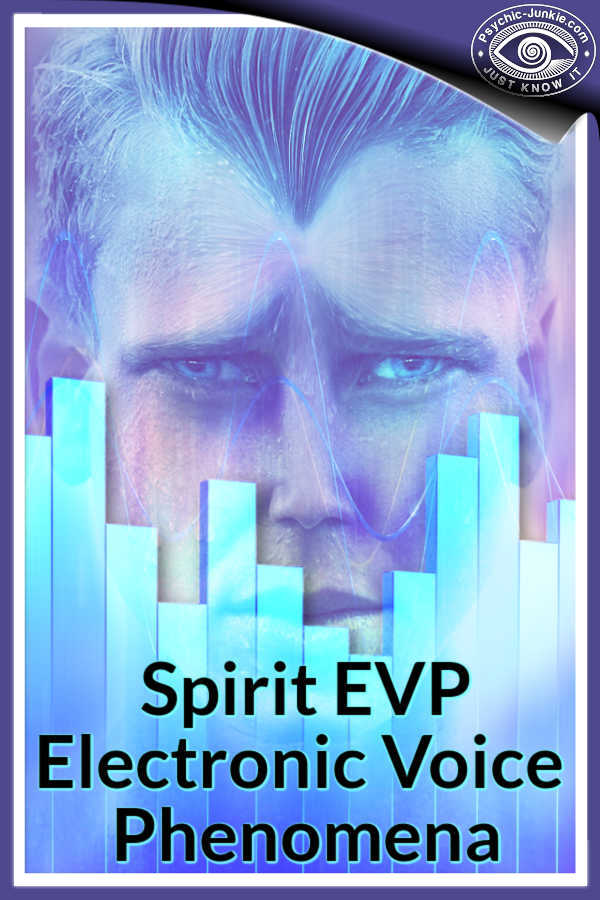 Electronic Voice Phenomena is the best evidence for afterlife communication that exists right now in the paranormal field.

I first became aware of how to record Electronic Voice Phenomena in 2004. It enabled me to have a conversation with my father. He had died two years earlier in late August 2002, so this seriously impressed most people. I still have my first EVP recordings stored on my laptop.

I had paid a visit to a highly respected Midlands-based psychic medium; I had seen him a couple of times before and was intrigued as to what messages I would be able to pick up using Meta Speech, as the readings were always recorded.

With his eyes closed and clutching a small portable cassette recorder, he had already told me that my father was now with Harry (his father, my grandfather), and had gone on to say how he was also with someone called Ken, who I later discovered was an old friend from the 1950s. There was no doubt in my mind that this medium was the ‘real deal’; a belief that was backed up when I played the cassette tape of the session he had given me using Meta Speech. “Thank God, I walk without them pills,” was instantly recognisable, and it made perfect sense to me. My father, for the last 10 years of his life, had been crippled with arthritis, not to mention heart failure, stomach problems and other associated medical curiosities. Every morning when he awoke, he had to take a whole pharmacy of pills just so he could walk without excruciating pain. This was obviously no longer the case. He was dead. However, I was quickly to discover that he was still conscious.

But could I communicate with my father directly instead of utilising tapes by a clairvoyant? I decided to carry out an experiment.

So it was that I sat down with a friend and attempted to get in touch with the ‘other side’ using Meta Speech. I must admit I felt pretty self-conscious as I turned the tape recorder on and started to question my father. It has to be said, though, that some of humanity’s best work is generated by a longing for the impossible, and there was no doubt in my mind that this was as close to impossible as I could possibly get. Not for the first time in my life I was dead wrong – pun intended.

I asked my father for the name of someone from his past; maybe someone he went to school with. I also stipulated that it must be information I wasn’t aware of. Almost immediately upon playing back the recording I found a message that I didn’t understand, but was probably verifiable. At this time my mother was still alive, so I played her the Meta Speech I had found relating to a possible friend or relative of my father’s: “Father remembers Beryl.”

My mother smiled broadly; she loved anything to do with the supernatural, “Yes, Beryl was a big friend of your dad’s. He used to go to school with her. She married his best friend, Dennis.”  I hadn’t dared hope that this could be true, and when I found out it was it almost took my breath away.

I immediately wanted to ask my father more questions, and following the ‘Beryl’ Meta Speech I felt far more confident of getting a result.

Christmas is a time to be joyous and celebrate life; truly, it is the most wonderful time of the year. Well, that’s not strictly true in my family. My mother had a massive stroke on Christmas Day 2005, and 19 years earlier my father’s brother, Eric, had a heart attack. Two heart attacks actually, the second one killing him.

I had always liked Eric, and as I sat recording yet another conversation with my invisible father I said so. I was talking about Eric because I wondered whether my father had met up with him in the afterlife. I quickly discovered that he had. “Eric’s up here with me,” was the Meta Speech I picked up.

Towards the end of this particular recording session, I suddenly felt a presence in the room and ‘electricity’ started to flow through my body. Intuitively, I felt my father was close, and in voicing this opinion I got the following response: “My hands work, hear me Rick.”

As already stated, for a number of years before his passing my father was crippled with rheumatoid arthritis, and his hands were particularly bad. He couldn’t hold anything securely, and even turning the pages of a book was difficult. ‘Rick’ was the name I was called as a child (a shortening of Roderick), but the last time I was called that was over 40 years ago.

Taking this idea on-board will require many readers to discard nearly everything they think they know about how the world works. I realise that this is a significant request, and I do not make it lightly. But had I had a direct message from Heaven? Surely, that is like someone saying “Here you are, download this piece of software and you can have the same experience as Moses.”  Yet, I can’t find another reasonable solution.

As a result, over the past 10+ years I have been able to record Electronic Voice Phenomena numerous times providing spirit readings for people. Loved ones who have passed on, guides and other entities turn up to give their thoughts or advice. It has also proven an excellent route for investigating past lives. I can never say who will appear when I record Electronic Voice Phenomena, but I can virtually guarantee someone will!

EVP Recorders & Ghost Boxes a staple investigation tool for recording EVP (electronic voice phenomena) which is sound potentially caused by ghosts in order to communicate with us from the beyond.

My pick for Ghost Hunting products from Amazon, publishing affiliate may get a commission 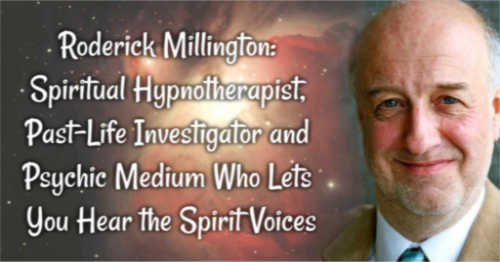 Roderick Millington developed Spiritual Hypnotherapy long after qualifying as a hypnotherapist after suddenly finding himself having a conversation with his own father (two years after he passed away). Roderick is also qualified as a Certified Reverse Speech Investigator with the Reverse Speech Education Division in Australia. In 2004 he further developed his  mediumistic gifts in order to be able to lay down spirit voices (through the use of ITC) on ‘tape’.