Have you investigated the Mount Shasta Vortex Mysteries? This is a main attraction for enlightened beings seeking dimensional portals, gateways to the lost continent Lemuria, and entrances to the Kingdom of Agharta that exist within and beneath this mountain.

Mount Shasta is in California and is one of Earth’s seven sacred mountains and the earthly representation of our root chakra.

It is widely reported Mount Shasta is calling her ‘people’ home… people who lived their first incarnation on Earth within her domain. Could this be validated by the numbers of people who felt they must come to the mountain, but didn’t know why? 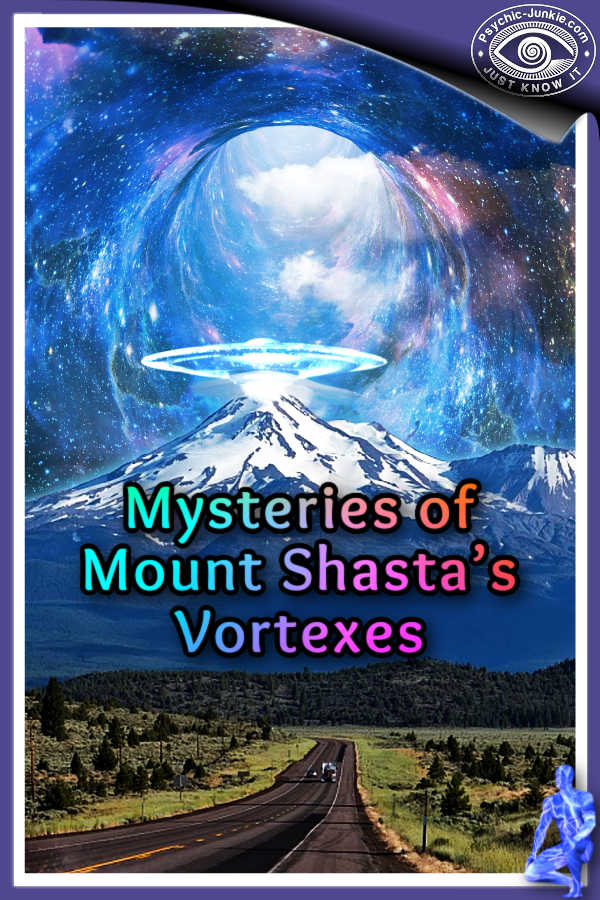 Mount Shasta is the namesake of the Shastan Indians, who have long inhabited the sacred mountain.

Old Indian legends have it the mountain is home to our Creator. Even in contemporary times, Native Americans believe Mount Shasta a portal to higher dimensions.

Studying ancient spirituality and peoples can be an essential aspect of your Ascension.

Scientists, who have measured Mount Shasta with state-of-the-art instrumentation, call it a chief energy point on the earth’s power grid. This is due to vortex energy, spiraling from the ground up. Even non-spiritual adventurers report experiencing sensations of interminable energy. This is the type energy that heals body, mind and spirit, triggers metaphysical growth and fosters psychic development.

Tons of visitors to Mount Shasta have reported chance meetings with enlightened beings, who are thought to be ancients that dwell inside the mountain. Quite possibly, these intelligent beings are descendants of the lost continents of Atlantis and/or Lemuria.

File it under ‘believe it or not’, if you please, but multitudes of people have contributed their stories to support possibilities of seven-feet tall survivors of Lemuria living deep inside this mystic mountain. Researchers have interviewed people claiming to be inhabitants from the underground city of Telos.

What would you do if you encountered and could communicate with one of these superior beings? Can you begin to imagine the giant leaps your consciousness would make along your path to Ascension?

Going off on your own for 3-4 days on Mount Shasta is not the best idea you ever had. But, taking a Native American style vision quest is a brilliant idea. You too can ‘cry out for a vision’, but under the safety of a seasoned guide. The vision quest tremendously accelerates your psychic and/or metaphysical growth.

A vision quest is an outstanding tool for finding answers to those “Who am I and what is my purpose here” type questions. A big benefit of the guided Vision Quest is that your guide will help you interpret any insights you gleaned, as well as counsel with you about applying any inspirations you received into your everyday life.

There is a common contention that Mount Shasta only makes herself known to those who are pure of heart and who honor our planet. Locals say the mountain gets in your face. More than that, she will get into your business. Just talk to locals who answered her call and now call Mount Shasta their home!

J. C. Brown was a British prospector who discovered a lost underground city beneath Mt. Shasta in 1904. Brown had been hired by the Lord Cowdray Mining Company of England to prospect for gold, and discovered a cave which sloped downward for 11 miles. In the cave, he found an underground village filled with gold, shields, and mummies, some being up to 10 feet tall. Wiki - Legends of Mount Shasta 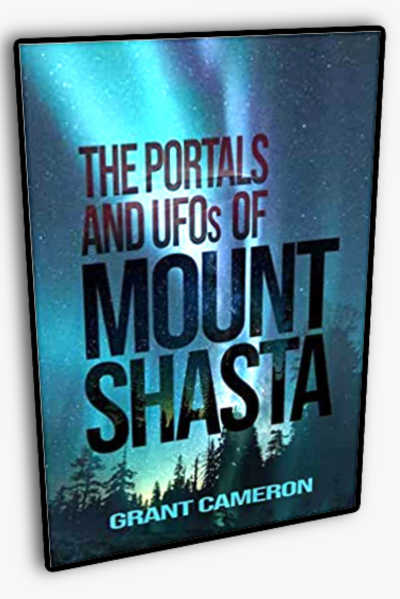 What is the mystery of Mount Shasta?
Ricardo Gonzalez received a telepathic message, from a female ET named “Ivika”, during a meditation practice: “Come back to Mount Shasta in August, between the 18th and the 20th. We shall be here.” Grant Cameron left Canada for the three-day drive to Mount Shasta, unaware of Ricardo's telepathic message. Grant's book Portals and UFOs of Mount Shasta tells the story of what happened within two groups that gathered there to meditate and make contact with non-human intelligence that weekend in 2017.

Product from Amazon, publishing affiliate may get a commission > >

To ask questions, add answers, or comments about this page please use my contact form. Please start the conversation with the heading [About The Mount Shasta Vortex Mysteries].