The Hawaiian Chakra System Sees An Aura Of 7 Islands

When you feel the Hawaiian chakra system’s magic energy resonating with your own life force you can appreciate higher levels of consciousness. While on your next spiritual adventure if you travel to each island you will find its unique energy mirrors one of your own power centers.

But, suppose you don’t have the time and/or money for all the island-hopping? For effective use of your finances and available time, make a list of the chakras you want to synchronize, with #1 the most important to #7 the least important.

Now, suppose your current practice involves fully opening and developing 3rd eye capabilities. If so, your journey to Hawaii should begin on Kauai Island. 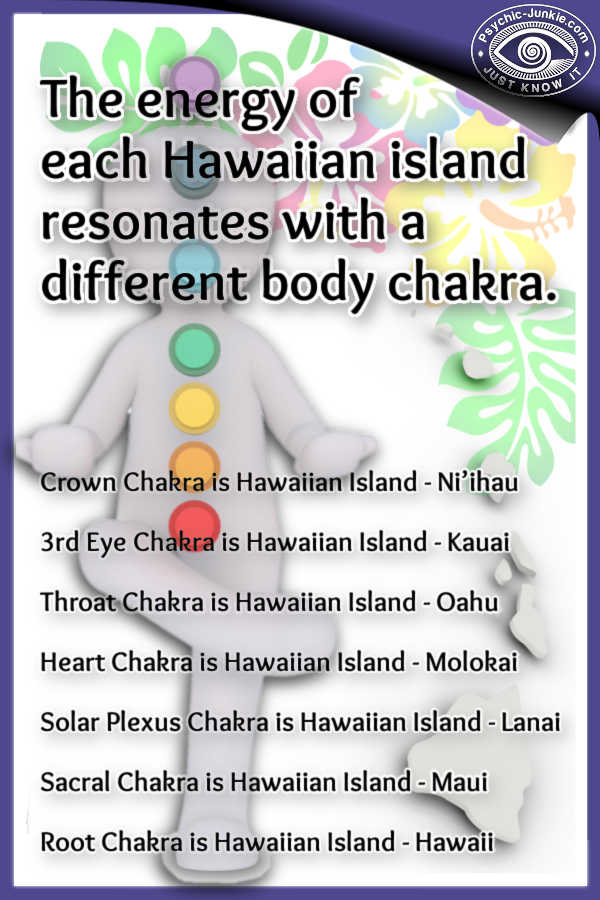 Something to Remember: A longstanding belief says that if Kauai (or any of the islands in the Hawaiian Chakra System) embraces you, it permits you to remain as long as you desire. However, unless the islands feel you are pure of heart and come with authentic intentions, they will repel you.

Each Island Of The Hawaiian Chakra System

Within the Hawaiian chakra system this island is the largest and its chakra vibe is accountable for grounding you to the earth during your soul journey. It is believed the spirit world is more palpable here than anywhere else in the world, as the island will rise up to meet you wherever you are on the path.

Also of note for the Big Island:

Maui vibrates with earth energy of the Sacral Chakra

This island's energy is related to our creativity. This island is rich in oranges, reds and yellows that stimulate creativity, from the awesome cerise sunsets to tropical fruits of many colors.

Also of note for Maui:

Lanai's vortex is all about self-confidence and personal power. Lanai translates to ‘conquest of the sun’, so that the energy of this island is filled with love and light. This is the smallest of the main islands.

Also of note for Lanai:

Molokai vibrates to the Heart Chakra

“Mother Molokai” emits feminine energy. As the ‘heart of Hawaii’, you will feel the love as she embraces you.

Also of note for Molokai:

Oahu is known as ‘the voice of the islands’, which is apropos, as the islanders gather here.

Also of note for Oahu:

Kauai is the Island of Intuition. The oldest Hawaiian island, seekers have long found Kauai an incredibly beautiful and serene place for meditation. Natives call this island Mama Kauai, likely because she exudes feminine energy. True to her intuitive powers, she shows you things about yourself you’ve never known before. It wouldn’t be unusual for Mama Kauai to unveil your spiritual gift (aka true calling). Mystical, yes. Unusual, no.

Ni’ihau vibrates at the energy of the Crown Chakra

Visit one, visit all. The Hawaiian Islands vibrate at a ‘5th dimensional frequency’, which seems to swallow up your-physical-self. Knowing something is greater than you are triggers a feeling of humbleness and sensation of total awareness.

Wherever you are on The Path, The many Islands within the Hawaiian Chakra System will connect with you and serve as your spiritual guide.

Supercharge Your Chakra Practice:
How to Heal Your Energy Centers & Unleash the Full Power of Your Life Force. 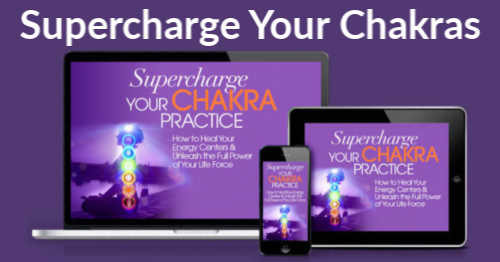 This free video-streamed seminar will directly build from Anodea’s Wheels of Life book, which has sold more than 300,000 copies and is considered the classic in the field.

My pick for Chakra products from Amazon, publisher may get a commission

Wheels of Life: A User's Guide to the Chakra System - by Anodea Judith

The Ultimate Guide to Chakras: The Beginner's Guide to Balancing, Healing, and Unblocking Your Chakras for Health and Positive Energy - by Athena Perrakis

Chakra Healing: A Beginner's Guide to Self-Healing Techniques that Balance the Chakras - by Margarita Alcantara