Indigo Phoenix Movement
I Know Now I Am Not Alone

Thinking of an Indigo Phoenix movement I finally feel like my life has purpose and meaning. Let me tell you a little about my background so that you may understand why I relate to the Phoenix rising.

Technically speaking, the odds were against me from the beginning. I came into this world with one foot already in the grave. You see, I was the product of a one-night stand. This was a few years after Roe vs. Wade when abortion was illegal. My bio mom went to the doctor to have me terminated. Thankfully for me this was before partial-birth abortion so I was too far along to be aborted. She did not want me. I remember being sad about this. I remember even back then at 6 months along that it broke my heart. I live with that pain deep in my soul to this day. 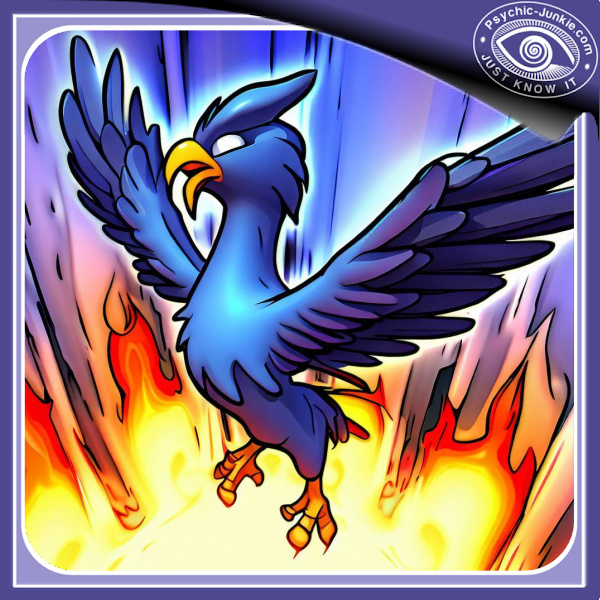 The doctor knew of a couple that could not conceive who wanted a child. I was adopted out to them at one week old. They had always longed for a child. I was not what they expected. When I got old enough to talk I was always asking “Why?” I never stopped. No-one had answers for me. I as terribly confused. My parents were Catholic and could not explain their religion to me. I was always told to go see a priest if I had questions. There were never any answers. To make matters worse my mother had severe emotional trauma from her childhood. She was raised by two raging alcoholics who were stuck in a Catholic marriage neither could escape. They turned to booze and beating their kids - all of whom were from illegitimate affairs with other family members - sick stuff.

When my father was away working night shifts from time to time my mother would become abusive at night. She would tell me she got it worse than I did. She was right but that did not make it right to hurt me. I went to a Catholic school. The faculty thought I was the spawn of Satan. I could never calm down and I could not socialize with other kids. This was before ADD so no one knew what to make of me. I remember those years as one giant circle of misery and pain. I was always told I was BAD. I heard that so much I came to expect it, so I simply acted out the part. I was sent to counselor after counselor. My parents thought I was such a liar because I talked of places I had visited and people I had seen who weren't there. I was the poster child for the Little Indigo Lost.

I grew up with such unimaginable rage and pain. I got into the darker side of sexuality and mistaking pain for pleasure. Alcohol and drugs were becoming my only family. I prayed to the almighty to help me. I knew if I continued down this road I would be dead soon. A few months later he sent an angel.

Here was a guy who didn't want anything from me but my love. He only wanted me to be myself. He accepted me for who I was deep inside. Part of me however was in such emotional pain. Our marriage was not perfect and I fought his aid all the way. He helped me think clearer. He helped me learn from my mistakes. He seemed to know what I was thinking before I said it. I didn't know it at the time but he was already one step ahead of me.

He had a rather unique childhood as well. By the age of seven he realized he could get any toy from his parents with a mere thought. His best friend was a dragon. He was an "under achiever" in school. He had already figured out that since he could pass with a D then why bother learning meaningless trivial algebra. He drew in class instead. He was an artist. He could hear a piece of music maybe three times then play it back by ear. He could free-hand cartoons worthy of any strip. He got along with everyone. He tore off all the labels from his shirts. He never seemed to find his place. He floated from job to job just drifting along.

Slowly we began to realize that we were both extremely psychic. I had tried to find others who could help me explain why I knew stuff and was seeing ghosts everywhere but was always ending up with the wrong people. I didn't trust my husband at first sharing my abilities with him. He told me about the fairies one time but since I had never seen them before I laughed at him; my mistake! He never spoke about it again until I ran into one outside our house one night. He wasn't smug about it. That was nice. He helped me train my psychic abilities until I was able to unlock many of the mysteries of my healing gifts myself. I saw a book on crystals and picked it up. I tried meditating with an amethyst. The more I began to work with crystals the more I began to understand the universe. I came to realize I had healing gifts. Now I perform cleansings and layouts for people in need, free of charge. I want to help. I want to love. I want to share. I feel connected to everyone and everything.

We have a child together. I knew right away he was different. He came out with perfect skin and his eyes were fully open. At two days old, he would even push with all his might off your shoulder so that he could hold his own head up. At two weeks he could follow a person walking across the room. He would also turn his head at every sound. No one could explain these things. He was just special. He spoke his first word at two months old. At nine months he saw movements outside. He said "what's that?" Grandma said that's the trees. He said no what's that and he moved his hands. He was asking about the wind. He spoke of the taste of the wind at nine months old. Like his dad he's extremely sensitive to scratchy labels. He has to know every sound that he picks out around him. By fifteen months he could tell you the name of every different bird he could hear while playing outside. He told us one night he was feeling a little scared and afraid. He was fourteen months old. Cognitively and developmentally he shouldn't be able to do all these things. He has a photographic memory. He has conversations with people we don't always see. People are always mistaking him for a six year old even though he’s only three.

I was very proud of my child but getting overwhelmed with the responsibility of keeping him challenged and encouraged. I had heard of Indigos and got the "The Complete Idiot's Guide to Indigo Children" one day while out in BAM.

It has been a god-send. I not only received confirmation that he was an Indigo but that both I and my husband are Indigos too! The more I read up and researched on the internet the more I felt relief. I'm not crazy. I'm not alone. I am OK. I am accepted. But more than this - I, like many of my brothers and sisters on this Earth, have a purpose. The pain, loneliness, and ridicule I have been carrying around all my life seemed to burn away. Now I have found permission to live. I have found companionship. I have found hope. It feels like crying, like shaking, like dying. But more than all this, I have risen from the ashes of my painful past, it feels like coming home. Thank You all for sharing. It doesn't hurt so much anymore.

I am an Indigo Phoenix 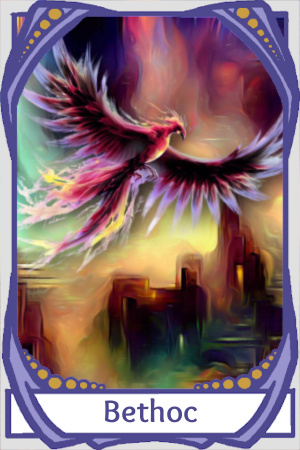 Bethoc is a pseudonym chosen to remain anonymous.  I have verified the writer’s real name.

I Understand - by: Eva
I HAD MUCH JOY OF READING YOU STORY SO SIMPLY TOLD. I'm afraid there must be so many wonderful souls like you that are confused and somehow saddened by all uncertainties encountered here and now. I send you both and your child all my love hoping that you continue expanding awareness.

Powerful story from a courageous soul - by: Elaine S.SH
I am happy to hear that you have found happiness despite the challenges life has presented you. May you and your family experience much joy, light and love. Blessings and peace.

If you would like to ask questions, add answers, or comment on this page please use my contact form. Start the conversation with the heading [About Indigo Phoenix].