I have no idea why I am writing other than; I am scared to share with anyone else other than a stranger. I have had so many experiences, it’s hard to keep track or really know what to share. My experiences are short; they are very similar to the "Final Destination" instances. Not quite as long, as simple as a seeing baby tipping over in its high chair at Logans before it happens, or as complex as shaking a guys hand and picturing him dying five minutes down the road on his bike, and then having it all happen.

These are the most common. I have only had one dream, and it was so powerful... I probably shouldn’t even share. I have blacked out before and predicted a fire. When I was blacked out, I wrote on the counter, "on fire" this was the only time I had really shared my gift with a close friend out of fear that something terrible was about to happen. She appeased me and took out anything flammable from her car and home. Candles, matches, lighter fluid, etc. Of course nothing happened and I was ashamed that people might think I was crazy for being wrong. In turn I have tried to do some research on it... nothing very helpful.

But I suppose I am writing more for an answer to a question. About a year ago exactly, I was having, I suppose, dreams but I was awake. Sights I guess is a better term, nothing too dramatic, ( no dead people) but I would see Lightning touch the earth almost 3 to 5 times a day. No one else could seem to see it, no one but me. I tried to research signs like that, and the best I could come up with was an explanation that lightning was a sign of CHANGE. It made some sense, due to the fact I was moving away from my family and friends to a new city. So I let it go. Now I am having similar sights lol, that I’m kind of confused about and now I’m beginning to think I am really crazy. It’s the same.. it has only happened 3 times so far, but it’s small grey, dead kittens. I would normally blame this on traffic or maybe a litter born in my area, but every time I see it, it is in the same spot, in the same position.

Now let me correct myself, I know it is not the same dead kitten and I am just passing by it again over the weeks. Some days it will not be there and then it is. Does anyone know what’s going on? I have seen spirits, and talked with what I believe is an angel. I don’t know what to do, please someone make me feel like I’m not crazy.. loll or tell me if I am. 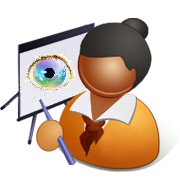 If you found the Psychic Junkie Website useful please sprinkle some pixie dust by:

Find Your Way to Happiness
with Valuable Insights from a Psychic

A real psychic see things clearly from a more elevated place to provide answers and give you quality advice. Each of our trusted psychic advisors have ratings and reviews from people just like you. Get 3 free minutes and 50% off!

Ian Parkin is the owner, webmaster, and principal clairvoyant of this Website.  30+ Years Providing Professional Psychic Advice and Coaching

You can request Clairvoyant Readings direct with Ian Parkin today by Email or by Online Chat, Skype & Phone by appointment