Famous Trance Channelers And The Spirit Entities They Bring Through

Who are the most famous trance channelers? Best known for their remarkable psychic mediumship in trance states are: Edgar Cayce - Known as the Sleeping Prophet, Jach Pursel for bringing forth Lazaris, Lee Carroll receives Kryon, Helen Schucman delivered the manuscript for A Course in Miracles, and Jane Robert with the Seth material.

What is a channeler? A channeler is a psychic medium who serves as a spiritual communication channel for spirit entities in higher dimensions. This form of mediumship is usually done in a trance state and is one of the most difficult and powerful methods for psychics to receive information.  The receiving of divine inspiration this way is referred to as Trance Channeling. 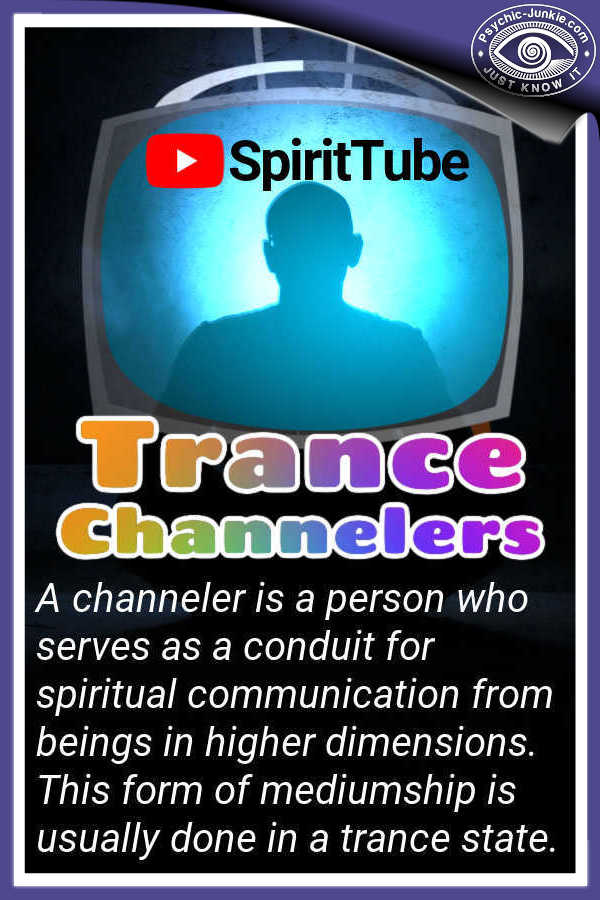 The Most Famous Trance Channelers

Edgar Cayce’s name is the most frequently associated with the world’s famous trance channelers. Dubbed the “Sleeping Prophet”, Cayce tapped into the universal consciousness in the Akashic Realms through deep meditation and self-hypnosis. The bulk of his readings concerned what we call holistic healing today. Yet he was never professionally trained in medicine and knew nothing about medicinal curatives when he was in awakening consciousness.

Cayce saw the human being as a whole entity, who travels in time and space. His mission statement was, “The spirit is the life, the mind is the builder and the physical is the result.”

Although healing was his forte, his legacy includes revolutionary psychic insights in areas of: ESP, reincarnation, dreams, religion and nutrition. Cayce was a true seer; the most respected clairvoyant of our time.

Jach Pursel is rightly called “one of the most famous channelers in contemporary America”. His channeled works of Lazaris has made the Spirit “one of the best-known Spirit advisors” of modern times.

A-listers, such as Shirley Maclaine have publicly expressed their appreciation to Lazaris. (in her book It’s all in the Playing which is about making the movie Out on a Limb)  Cagney & Lacey’s, Sharon Gless, mentioned him when she accepted an Emmy Award.

Lazaris calls himself a “spark of consciousness” and maintains his communication with earth will terminate when Jach transitions. Pursel will leave this world a better place for having allowed Lazaris to use his “vocal cords” to enlighten thousands of people.

Lee Carroll trance-channels a warm and wise spirit entity named Kryon, whose origin goes back to the creation of the earth. According to Carroll, Kryon is rooted in the Archangel Michael family tree.

Carroll has developed 15 books based on messages he channeled from Kryon. His mission is to help the people ascend to a “higher vibrational level”.

When Carroll channels Kryon before an audience, he observes, “There are usually tears – not of sadness, but of recognition…”

Helen Schucman may not appear at the top of the famous trance channelers lists, but she deserves inclusion, as she was one of the most interesting. She channeled A Course in Miracles while in a trance. Pretty ironic that an atheist, such as Schucman was “chosen” by Jesus to transcribe such a profound spiritual work, which was clearly of the highest spiritual nature.

Further, she chose not to practice the book’s teachings and, consequently, resisted making positive changes in her life. But, Schucman was quite protective of the masterpiece she had birthed. Her contention was that very few people would truly understand the course and integrate the teachings into their daily lives.

Jane Roberts channeled the spirit entity Seth. It all started with an experiment with the Ouija Board with her husband Robert while studying ESP. The channeling of Seth developed over time and resulted in a collection of writing regarded as one of the most influential channelled works of our times. The most famous trance channelers book being Seth Speaks: The Eternal Validity of the Soul

Of All The Famous Trance Channelers, Top Psychics, And Best Mediums, See Who Has The Leading Website
This list of famous psychics and mediums is ranked by officially verifiable website popularity. I keep an eye on the stats to keep you a genuinely updated Top 15.