Psychic Jason McDonald Is A Big Kahuna Of Spirit Mediums

Having been impressed by Psychic Medium Jason McDonald when I saw him work the platform at a Sydney event, I could not miss the opportunity to see him locally. I gladly slipped into the back row of the packed theater area to see him in action again.

Jason was clearly the star attraction this weekend. The first thing I noticed was that the last ten years had receded the hair line somewhat. I learned of his affinity with the Hawaiian Huna and now Jason not only beams with the Aloa Spirit he now also positively looks like a born and bred Kahuna Shaman. 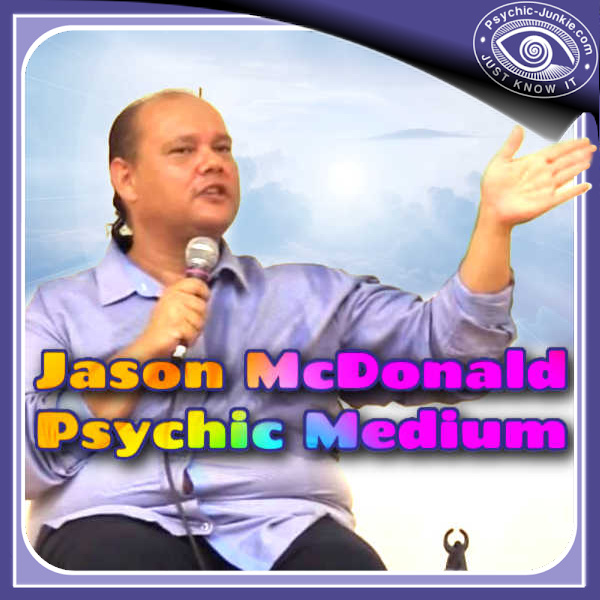 This kind and gentle spirit medium began his session by taking questions from members of the audience. Quickly connecting with the first three of four keen participants, who had been waving their hands frantically with their ‘Pick me’ enthusiasm, Jason suddenly stopped me in my tracks by picking me out saying “You sir, in the middle of the back row, I have a strong connection with you. Who is George, or what does the name George signify to you? There is someone close who has passed in recent years and wants to reach out to you today”.

No one by the name of George came to mind but my good friend Bruce certainly is now in my thoughts. Three years ago I had cared for Bruce during his last six months of life. And before that, for many years, we had always met regularly at a Kings Cross Café called Georges. Bruce was a close friend I had made ten years earlier on an introduction from one of my most dear and long time friends Pam, (from my Magnetic Island years). And it was ALWAYS Georges Café that connected the three of us together.

Jason went on to confirm the date and the symptoms of Bruce’s passing.

Bruce loved travel and did get himself to most corners of the world during his lifetime. But in later years his long distant international travel was not really doable for him. Bruce’s message through Jason was so on-the-ball. It was about me doing more travel and that Bruce would come along for the ride.

This fine Spirit Whisperer was very accurate with his connection with me, as he was with the others he became the Medium for.

Jason did not know of me or of my Psychic-Junke.com website. But I am sure happy to recommend you get in touch with Psychic Medium Jason McDonald directly through his website JasonSpirit.com or his Facebook Page (He is based in Brisbane Australia).

Jason McDonald Is A Gem - by: Yulinbilla

I recently saw Jason work a platform at the Brisbane Body Mind and Spirit festival and followed his amazing presentation with a reading at his home in Brisbane.

Right from the get go he was in touch with all my contacts that I brought along in the form of photos, none of which he looks at just placed face down the whole reading. Photos of living and dead. The living photos messages were as accurate as the past photos messages that came through.

I left there with such a feeling of inner peace that all is well and that spirit has my back. Something that I had recently lost sight of.  Go see Jason.

If you would like to ask questions, add answers, or comment on this page please use my contact form. Start the conversation with the heading [Jason McDonald Psychic Reviews].