Richi Who - The Most Magnetic Psychic Guide

Richi Who is the verified author of this Richi Who Bio.

In Richi Who’s own words:

“I’m Australian by birth and inclination, although after a long life of contact with diverse cultures, I hope I can resonate with your hopes and aspirations regardless of your background. My initial education is in the fields of electronics engineering, finally specialising in computing, systems analysis and establishing my own software house. It was in the computing field during management training courses that I came to the realisation that I knew very little about people - including myself! So in a sense it was back to square one. From basic psychology courses to Gestalt courses to Behaviour modification courses to Self-Awareness courses, I became a Personal Development junkie.

The second half of my life has been spent studying spiritual/human development courses and material, and qualifying as an instructor, facilitator or counsellor for most methods and techniques. The knowledge and experience I have gained is on two levels: First - Self-discovery and awareness, because it is only from my own growth and experience that I can claim credibility in personal growth. Second - Through teaching and counselling others and observing their personal growth and the effectiveness of the various techniques. Now that I have "retired", it is a case of having "been there - done that", during what has been a lifetime of experience, travel and adventure. The point is, the background for my writing has been a practical experience of personal development and growth. I write also as a retired professional Clairvoyant and Mystic of many years’ experience, including reading, consulting and conducting awareness groups. My studies in the field encompass virtually all areas of the metaphysical spectrum. My wish here is to be your guide on your quest to a greater awareness in the richness of life.” 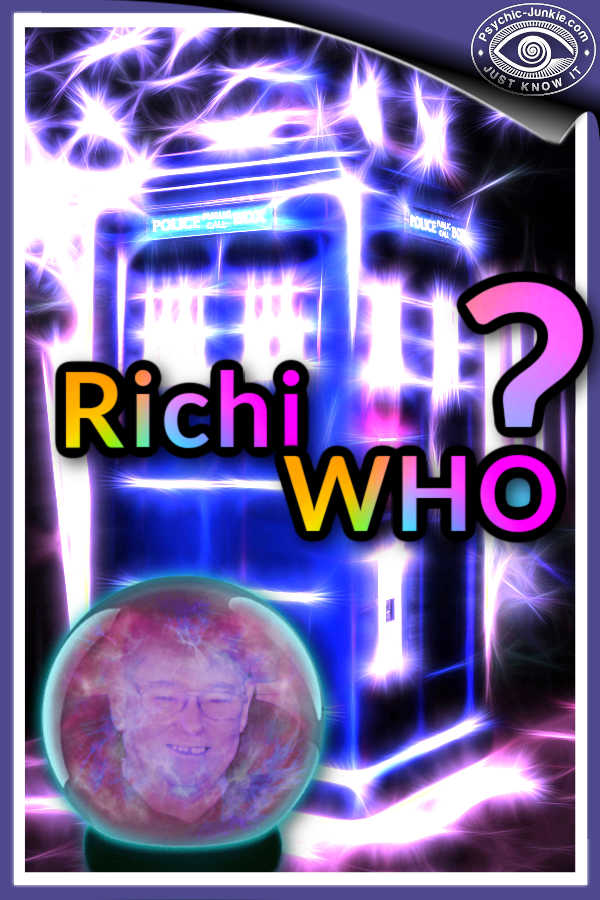 Richi later became the first psychic reader I retained at my Ancient Wisdom Center and we stayed friends ever since. I fondly remember the day in my shop that Richard met Linda. They later married, moved south to the Sunshine Coast and lived happily ever after.

Sadly Richi Who passed away in 2013 while on holiday in Europe. At Linda’s request I have welcomed the integration Richi's articles into Psychic-Junkie.com. This will keep his wisdom alive for your benefit and his memory alive for me and his many loving friends.

Richi Who is now one of my spirit guides.

More Psychic Articles by Richi Who

A Guide To Developing Psychic Abilities For Beginners
Your first steps involve practicing several intuitive skills, starting with simple divination and working up. A good explanation is to compare this to learning to play a musical instrument: Music theory. Instrument familiarity. Practicing scales. Learn more > >

Pendulum Divination Tutorial
Pendulum dowsing is one of the most common and easiest ways to improve your intuition and psychic perception. Do not underestimate its usefulness and power - your pendulum can help you find both the right questions as well as provide the answers. Learn more > >

What Are The Most Helpful Types Of Psychic Healing?
Here’s a list of the types of psychic healing, the methods used, and how they are performed. Over the centuries, miraculous recoveries from illnesses have been associated with the work of God, saints, healers, and shamans. What have you found to be the most helpful? Learn more > >

What Are The 5 Elements Of The Chinese Zodiac?
The 5 elements of the Chinese zodiac impact your destiny in different ways depending on the year of your animal sign. To figure out your element you only need to look at the last number in your birth year and match it to the element listed here. Learn more > >

The Elements Of Western Zodiac Signs In A Nutshell
The western zodiac signs relate to twelve equal segments of the sky in a path the Sun follows over the course of a year. In a nutshell here are the names, elements, qualities, ruling planets, and birthdays that go with each. Learn more > >