The Psychic Monk: A Happy Medium Being Interviewed For You

The Psychic Monk is the verified author of this interview.

I have not always been the Psychic Monk, but I have been clairvoyant all of my life.

This means that I see, hear (clairaudience) and feel (clairempathy) things which are not normally seen, heard or felt in the natural world. I also pick up feelings and emotions in both the physical and spiritual worlds. I touch and feel the touch of spirits. My earliest memories are seeing and communicating with God, angels and spirits as an infant. I have always known my guardian angels.

Growing up in a part of rural America where this was not understood, I was strongly discouraged as a child. I believe that we are all born with six senses. We are socialized not to use our sixth sense, particularly in the last three to four centuries with the rise of the physical scientific religion. Knowledge and use of the sixth sense contravenes the physical scientific religion as the underlying faith of modern times. A psychic monk would be seen as a contradiction of terms. 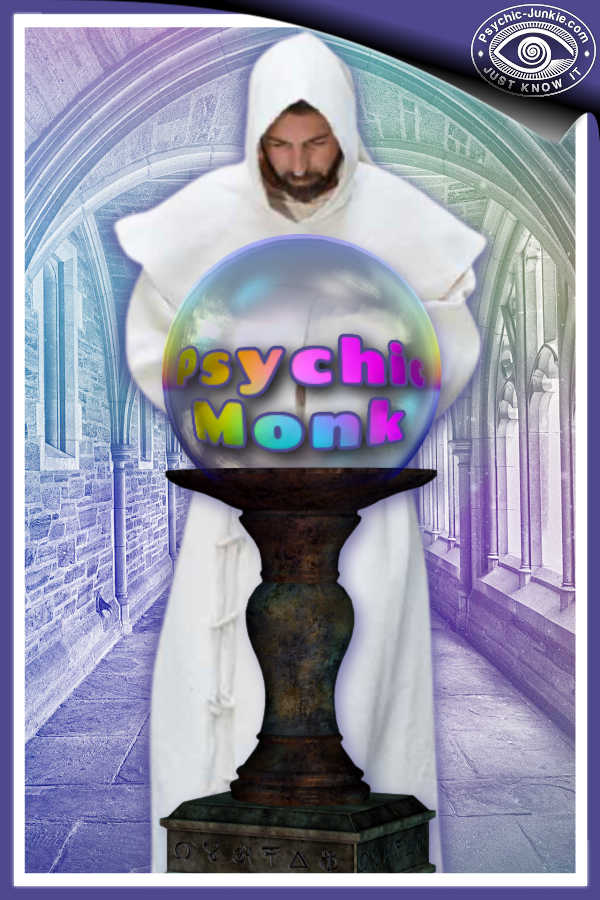 Some of us are blessed to be born into situations where either other family members actively use their divine sixth sense or where an important person or group of people promote our psychic capacities. In my case, the combination of a formidable grandmother whose closely held mysticism was combined with being taught by Roman Catholic school sisters who were practical mystics kept alive my psychic abilities during childhood.

In the case of my grandmother, I was blessed by the warm support of a strong woman from an old Yankee family. She was raised in a very practical and devout family where faith and hard work went together. As a young woman she rebelled by giving up teaching, marrying a Catholic and converting to Catholicism. Yet, she never let religion interfere with her spirituality. As a boy I was blessed to be her favored grandchild. That meant not only candies and popcorn, but watching religious revivals on the television and spending hours discussing religion. She didn’t know she was grooming the Psychic Monk

At the time, I thought we were discussing what the nuns were teaching in religion class or the readings from Grandmother’s meditation books—an unusual thing for a Catholic lady to own in the 1950’s and 1960’s. Somewhere in my teenage years I began to understand that there was something extraordinary in those conversations. Gradually, I began to see my grandmother was every bit as much a mystic as the monks who lived a few miles away. After Grandmother’s death and with greater understanding of my own gifts as an adult, I understood that Grandmother had given me her gifts and trained me - the psychic part of the Psychic Monk anyway! Decades after the deaths of both grandparents, I am blessed to communicate with them on a daily basis.

The school sisters who were my teachers for eight years were also practical mystics. Being primarily raised on farms and living hard lives of physical labor and teaching, they were a strong and fearsome group of women. I was always fascinated by the fact that even though they wore strange black habits with long black veils, they almost invariably shone. A light came from within. When I see this light in people now, I recognize it as their auras.

At an early age I became accustomed to seeing and speaking with God, angels and spirits. So long as I didn't discuss it, there were no playground repercussions. Moving to a larger, more sophisticated town in high school, I had a group of friends who called me Psych because of my psychic abilities. With this group of friends I was able to talk about what I could see in our lives with surprising accuracy.

This same group of friends also introduced me to various spiritualities I’d never known including Quakerism and Buddhism. University deepened that knowledge and practical experience while opening up for me Judaism, Islam and Hinduism, among other forms of spirituality. (I guess I could be classed an interfaith psychic monk!)

I began to learn the difference between the personal (spirituality and my clairvoyant experiences with spirits) and the public life (religion). This came even more into focus in my twenties and thirties as I became familiar with Eastern Orthodox Christianity and Twelve Step spirituality. I am greatly blessed to be a member of a very religious and spiritual family, although the larger society around us appears basically anti-spiritual. Until recent years my clairvoyance was known to just a few friends.

During my high school years, I lived a few miles from a group of monks who had fled Eastern Europe in the 1950’s. They had intrigued my friends and me enough that on some Sundays we would hear them chant the liturgy in Latin from behind a wooden screen before attending Quaker worship. As an adult, after a couple moves across the US, I also spent time as a Roman Catholic Benedictine monk. (This being my monastic side of the Psychic Monk unfolding.)

Being clairvoyant and monastic, I was still much like almost every other monk I’ve known. The tools of prayer and meditation which I had already used for decades took new expression. Having previously studied philosophy, theology and spirituality on my own, as a monastic I took classes from senior monks. I had the gifts of traveling to other monasteries and to meet monks and religious masters of various nations.

As the Psychic Monk, using a combination of traditional monastic spirituality, clairvoyance and Twelve Step spirituality, I reached out and worked with individuals whose lives were touched by addictions. Those people included judges, social workers and grandmothers. Some had relatives who suffered from one or more addiction, others worked with addicts and were looking for a more spiritual way to perform their work.

As the Psychic Monk I'm a very happy medium :-) 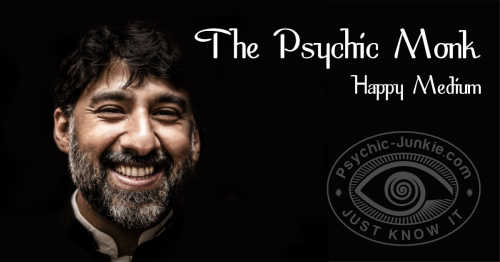 The Psychic Monk has combined traditional monastic spirituality, clairvoyant mediumship, and his 12 Step Spiritual Enlightenment By Design in his work as a psychic adviser.

After his monastic experience he continues to practice as a spiritual counselor and clairvoyant. Seeing auras, seeing and speaking with spirits, channeling energy, and working with others to heal themselves, and uncover the divine in their lives and use it to live fuller lives.

Read about the Psychic Monk's 12 Step Spiritual Enlightenment By Design

At present the Psychic Monk is on an extended sabbatical and therefore is usable to engage with new clients. (His availability will be updated when I am notified)

Center yourself with spiritual guidance.  Keen has a robust database of seasoned psychics, clairvoyants, and spiritual guides with the expertise of providing spiritual readings. Learn more > >